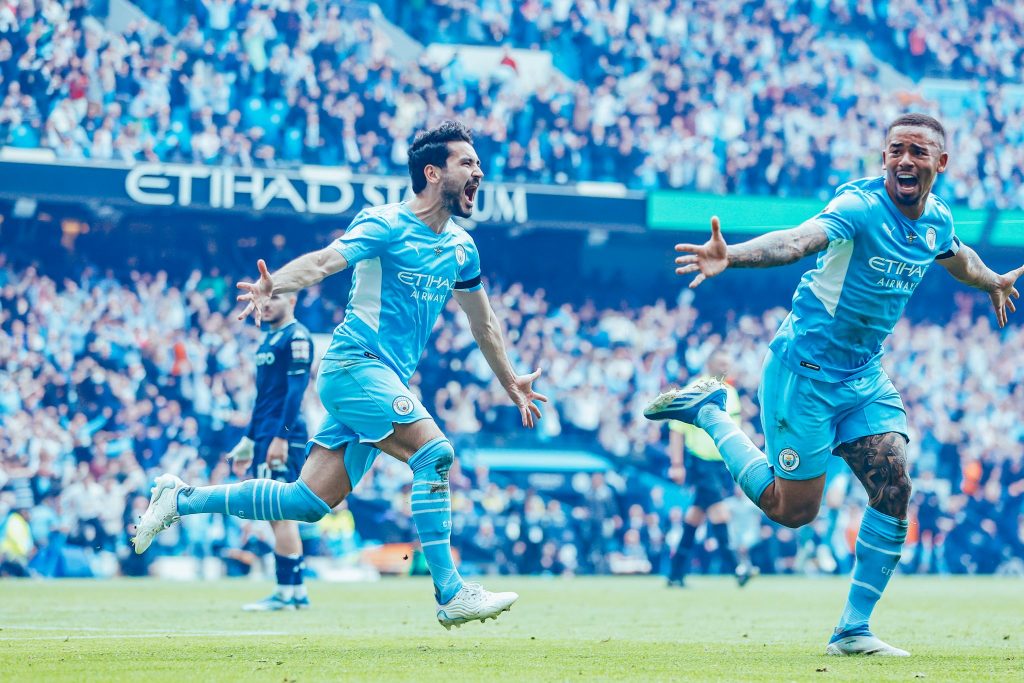 Manchester City are the 2021/22 Premier League champions after their unexpected comeback against Aston Villa at the Etihad Stadium on Sunday afternoon (3-2).

The Cityzens did not know whether they will win the league or not until the 70th minute as Villans were leading by 2-0.

However, the winning mindset of the Cityzens paid off after Iklay Gundogan pulled one back for them in the 76th minute.

This 3-2 win helps Manchester City win the Premier League title, their fourth in five years. A massive achievement for Pep Guardiola and his men.