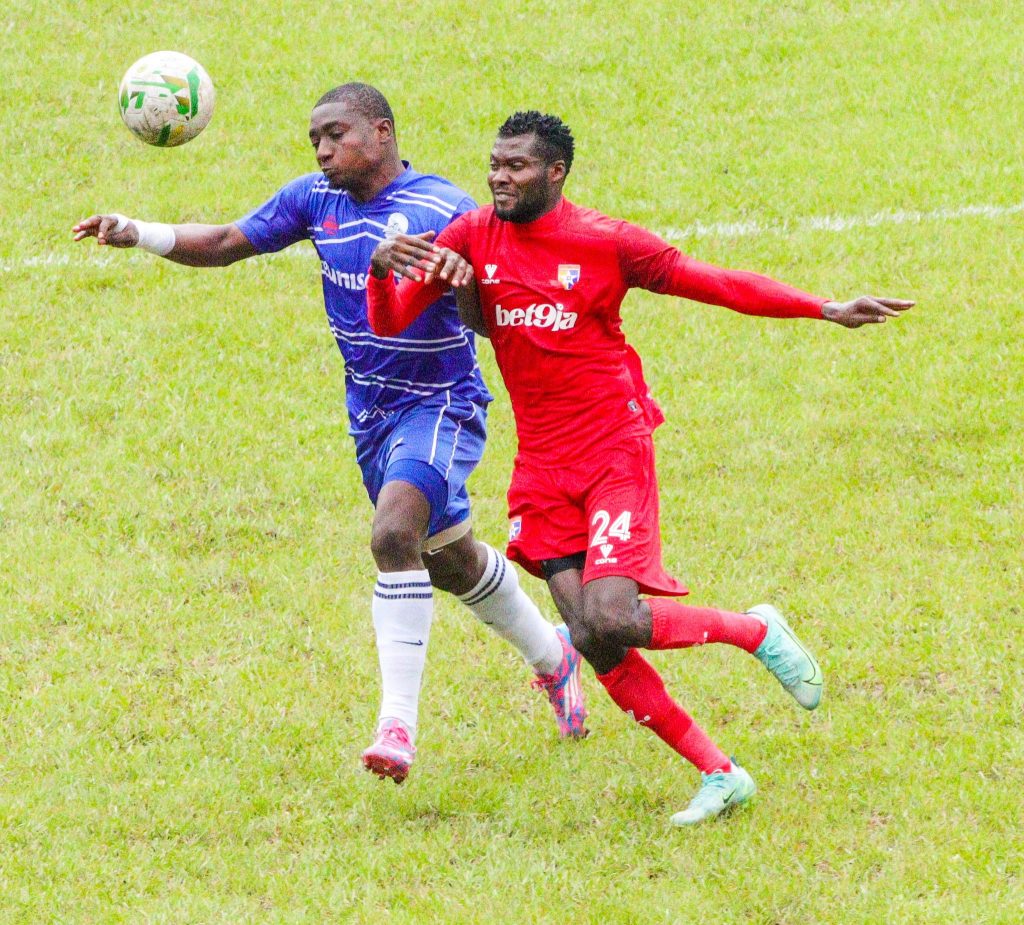 After a hard-fought 1-0 win over Remo Stars in Port Harcourt on Sunday, Rivers United increased their advantage at the top of the Nigeria Professional Football League to seven points.

MFM held Shooting Stars to a 1-1 draw in the South West derby at the Lekan Salami Stadium in Adamasingba, Ibadan.

On the stroke of 90 minutes, Micah Ojodomo equalised for the visitors.

With a hard-fought 1-0 win over Enyimba at the Muhammadu Dikko Stadium, Katsina United kept their survival hopes alive.

In the first half, Pillars scored through Auwalu Ali and Ifeanyi Eze.

Heartland’s deficit was narrowed in the 61st minute, but Pillars’ two-goal lead was restored 13 minutes later by Daniel Mark.

Lobi Stars were held to a 0-0 draw by Sunshine Stars at the Aper Aku Stadium in Makurdi.

Gombe United and Kwara United played a six-goal thriller at the Pantami Stadium.

For the hosts, Abdulazeez Yusuf (brace), Barnabas Daniel, and Samaila Bello all scored.