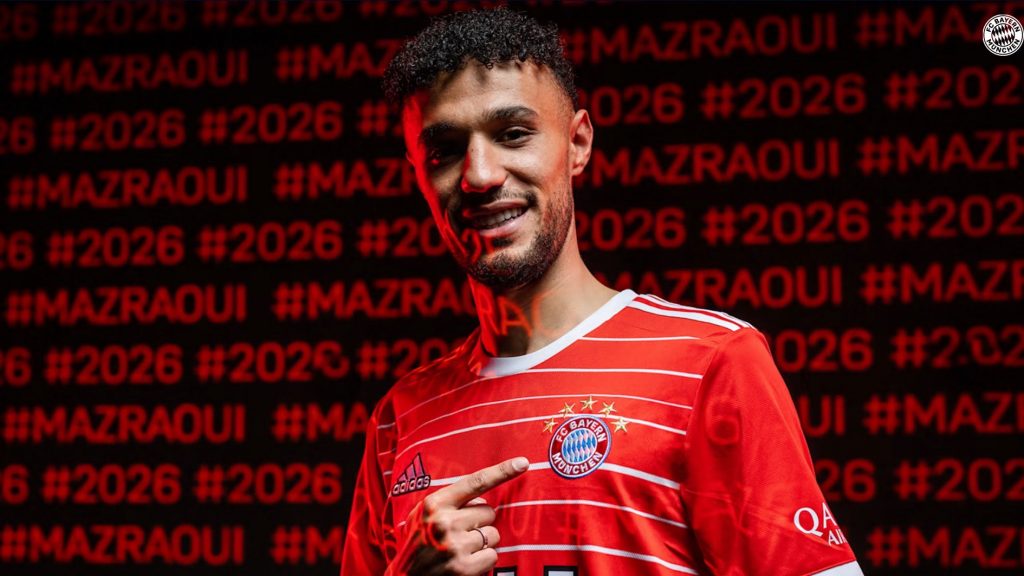 The 24-year old left the Eredivisie champions after his contract came to an end with the Dutch club he joined in June 2018.

“FC Bayern have completed the signing of Noussair Mazraoui. The 24-year-old moves to Munich on a free transfer from Ajax ahead of the new season and has signed a contract with the German record champions until 2026”, the club wrote on their official website.

“Mazraoui himself showed excitement after completing the move and expects to win many accolades with Bayern Munich”, the Atlas Lion said.

“Straight from the first discussions with FC Bayern, I had a good feeling and I’m excited about joining one of the biggest clubs in Europe.

“FC Bayern have just become German champions for the 10th year in a row and will be among the contenders to win the Champions League again next season. I’ve chosen this club because I can win the biggest titles here.”

In addition, Mazraoui scored 10 goals and offered 9 assists in 136 games with Ajax Amsterdam. He won the Dutch league three times, the Dutch Cup twice and the Super Cup once.