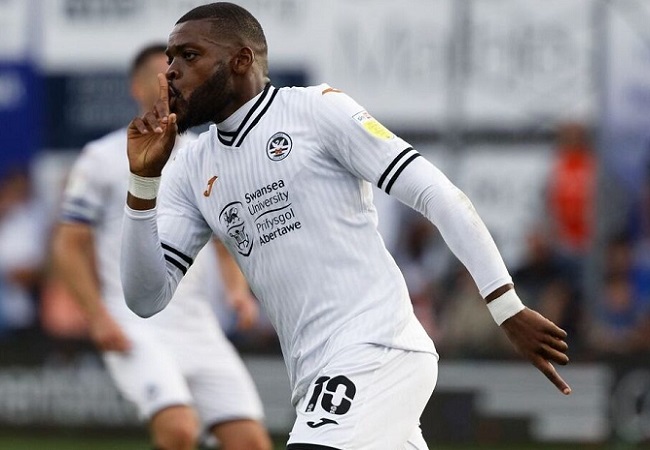 Ntcham had been called up to the Indomitable Lions squad for the FIFA World Cup Qatar 2022 qualifying games back in March this year. But he wasn’t selected by manager Rigobert Song for the match day squad.

The 26 year old Frenchman, who has played at International age group level for France, switched his International allegiance to Cameroon, due to his parents, who are of Cameroonian descent.

Should the midfielder make his Cameroon debut, it will be great news for the player and Swans manager Russell Martin.

During the Swansea City fans forum last week, Martin acknowledged that Ntcham had certainly made an impact off the bench for the Swans in his first season in south Wales, whilst admitting the player had been hampered by injury and a lack of pre-season training, since a nightmare loan move to Marseille in February 2020.

A full pre-season of training with his club and country is therefore likely to bode well for the talented midfielder, who will no doubt have one eye on representing the Indomitable Lions at this year’s World Cup in Qatar.