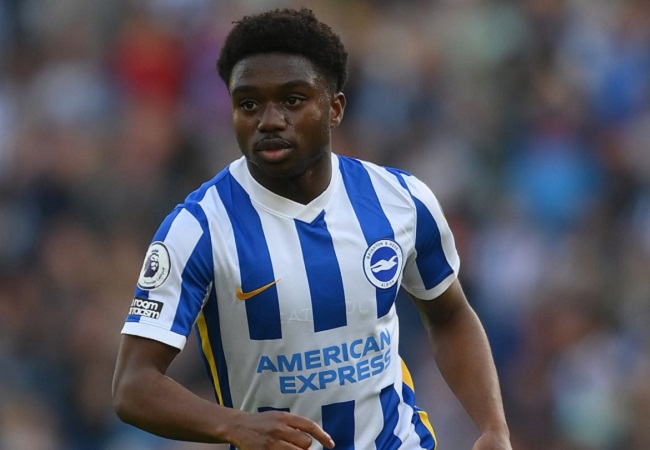 Tariq Lamptey asked to be left out of Lee Carsley’s England Under-21s squad as he considers an approach from Ghana.

Brighton right-back Tariq Lamptey asked to be left out of England’s squad for their upcoming European Under-21 Championship qualifying games as he is considering representing Ghana. But Carsley has not given up hope he will stay with the Three Lions.

The London-born defender, 21, was contacted by Ghana in 2020. But he made his England Under-21 debut later that year.

“He’s asked to be left out of the squad for a bit of head space.” Said England Under-21 head coach Lee Carsley.

“He’s not switched. It’s not cemented or anything like that. But he’s had an approach, we respect that.

“We’ve made it clear how important we see him to us. I know the senior team has as well.

“Tariq is fully aware of how important we see him – I have rung him every day!

“I probably shouldn’t have, I probably pushed him. You can only make it clear so many times. He knows where we stand with him. We respect he’s got a decision to make.”

Lamptey, who has two Under-21 caps, qualifies for Ghana through his parents. And he has also played for England Under-18s and Under-19s.

The former Chelsea full-back started 16 times for Brighton in the Premier League in the 2021-22 season. And he made a further 14 appearances as a substitute.

England sit second in Group G of European Under-21 Championship qualifying, three points behind Czech Republic with a game in hand.

They travel to play the group leaders on 3 June then have a home fixture with Albania three days later before facing Kosovo and Slovenia on 10 and 13 June respectively.