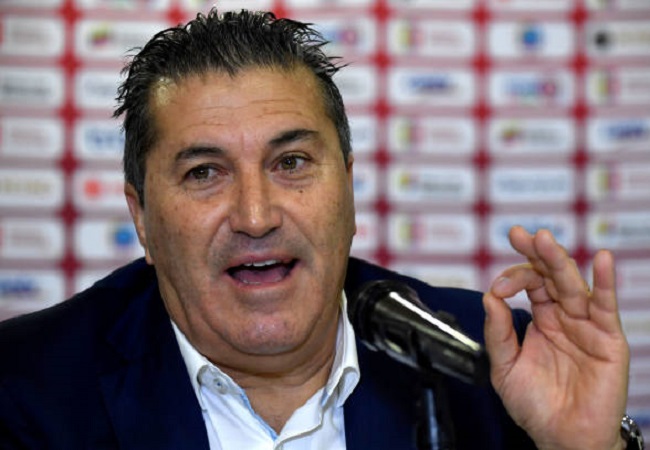 New Super Eagles coach Jose Peseiro, who was appointed earlier this month, is in the United States to lead Nigeria out on two international friendly games against Ecuador and Mexico.

The former Venezuela national team coach said he will work to make Nigeria African champions for the fourth time in what was a direct declaration of his immediate goal.

The Portuguese is expected to lead Nigeria to the 2023 AFCON in Cote D’Ivoire. But he will first face a qualifying stage against Sierra Leone, Guinea Bissau and Mauritius.

In a tweet on Wednesday, Peseiro wrote that he is seeking to understand and value Nigeria’s roots as he will be inspired from it.

He added that it’s with great pride and joy that he is the coach of the Nigerian senior national team.

“Pride! It is with great pride and joy that I am the coach of one of the greatest football nations in the world.”

“Commanding the Super Eagles starts with knowing how to respect history, value it and be inspired by its roots.

“Over 200 million Nigerians, from all states and ethnicities, want the same thing: success.
We will work with great ambition, so that in the end we can finally call Nigeria the “four-time African champions”!

Peseiro will have a first opportunity to see the group of Super Eagles players in the United States before selecting a squad of final 25 for the qualifying games.