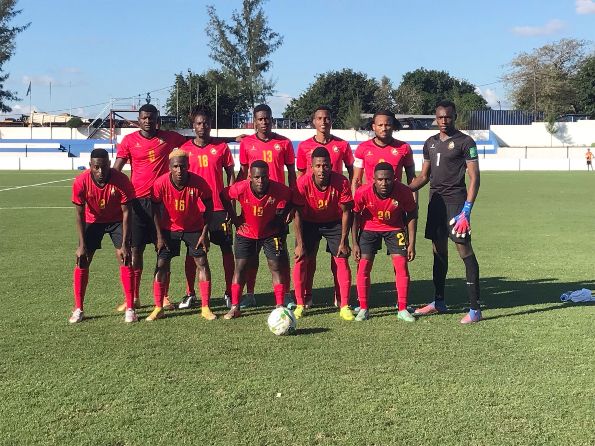 Mozambique lost 0-1 to Eswatini on Tuesday in a warm up match for the 2023 Africa Cup of Nations (AFCON) group stage qualifiers.

The Mambas succumbed to Mkhontfa’s 61st minute goal in the match played at a home ground for Black Bulls FC in Tchumene.

However, Mozambique were without Europe-based stars such as Zainadine Júnior, Reinildo Mandava, Gildo Vilanculos and Bruno Langa who were all expected to jet in on Saturday.

Clésio was expected in Maputo on Wednesday.

In a post-match interview, Conde said he was encouraged by the performance of his team, saying they were able to create chances despite failing to score.

“The group is still incomplete, and many players who play abroad will be here from the 28th, as is the case with Zainadine Júnior, Reinildo Mandava, Gildo Vilanculos, Bruno Langa. Clésio arrives on the 25th, Ratifo is already here and I hope that with the whole group, we will assemble the team with ease,” he told Mozambique Football Federation website.

João echoed the coach’s remarks saying:  “I believe that the goals that didn’t come today against Eswatini will come in the next games.”

The hosts were fine tuning for the Group L qualifiers starting with Rwanda on June 2 at FNB Stadium in South Africa followed by an away trip to Benin six days later.