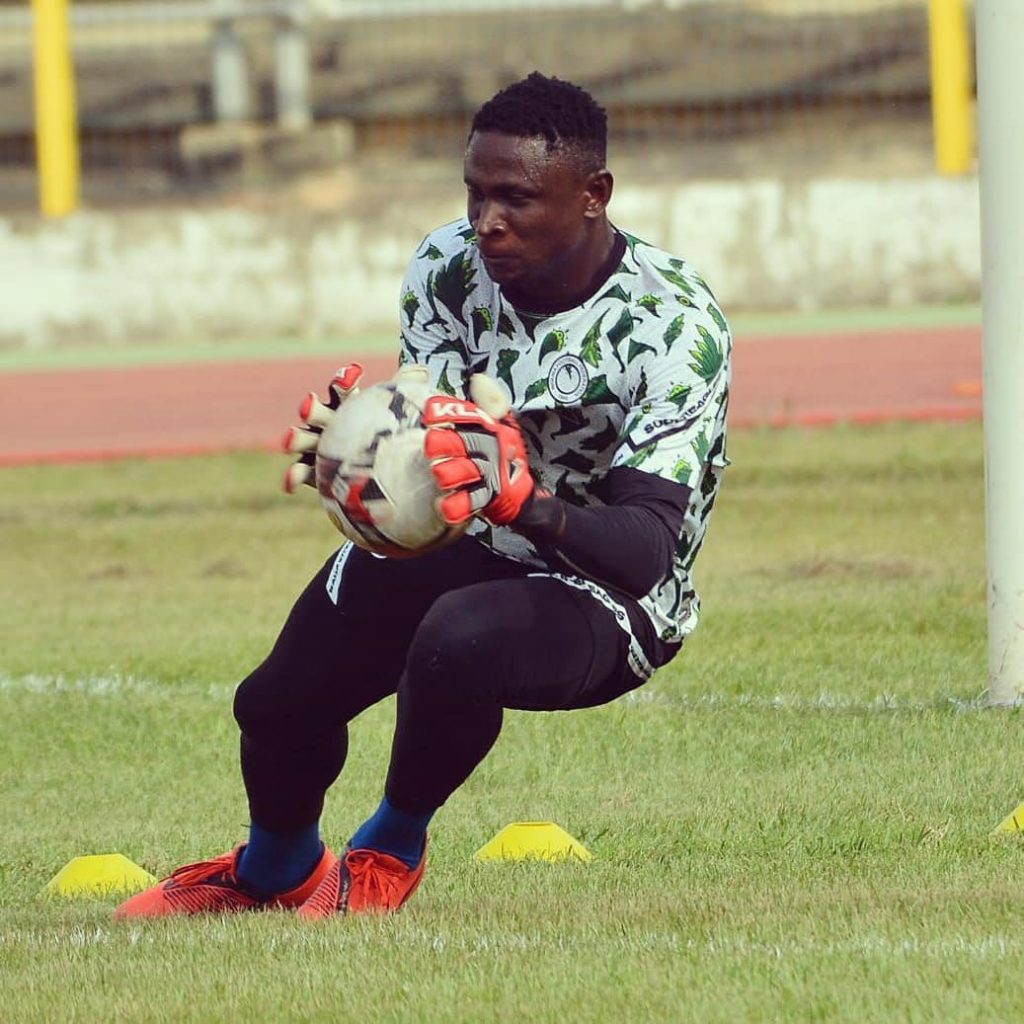 Goalkeeper John Noble has urged Nigeria Professional Football League (NPFL) players to take advantage of the opportunity provided by the senior national team’s management ahead of the international friendly matches against Mexico and Ecuador.

Noble claimed this in an interview with Brila FM, despite the fact that he will not be participating in the games.

Despite not being given the opportunity to establish his value in the Super Eagles, the Enyimba goalkeeper advised the invited NPFL players for the game against Mexico and Ecuador to seize the opportunity if selected.

Remember that the Super Eagles will face Mexico on May 28 at AT & T Stadium in Dallas before facing Ecuador on June 2 at the Red Bull Arena.

“If you look at the record, Home Based goalkeepers have always been doing wonders in the national team.

“That is why for me, I feel bad that I have not been given that opportunity to showcase myself.

“It is when you are given that opportunity to showcase what you can do that people will know you.

“But when you are only called up and not given the chance to play people don’t really know what you can perform.

“However, the two home based goalkeepers that have been invited to the Super Eagles must grab” the chance.”