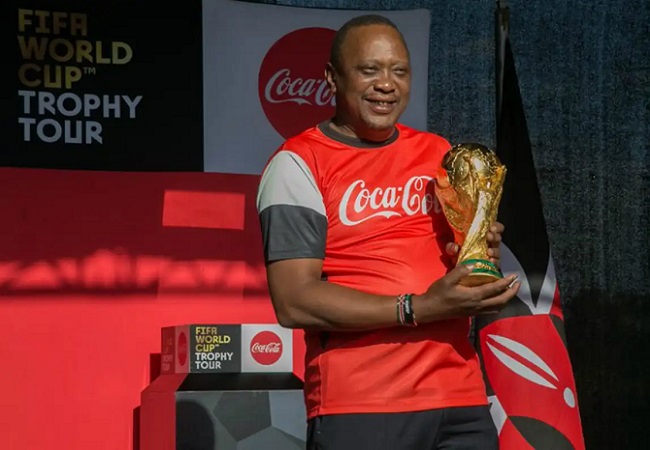 On a world tour ahead of the World Cup to be held in Qatar between November and December, the coveted Fifa World Cup trophy has arrived in Kenya for the much-awaited, two-day tour.

The plane carrying the 18-carat golden trophy, which is considered the most expensive and significant in modern-day sport, touched down at the Jomo Kenyatta International Airport (JKIA) in Nairobi a few minutes after 12pm.

With only a sitting president or a member of a World Cup-winning squad allowed to hold the trophy, it was kept in a glass casing with government officials allowed to pose for a photo beside it at the airport.

Kenya has never graced World Cup. And the trophy is coming at a time when the country’s football is in quagmire. Fifa has suspended Kenya due to “third party interference.”

From JKIA, the trophy was transported to State House, Nairobi, where only President Uhuru Kenyatta will get the golden opportunity to lift the cup.