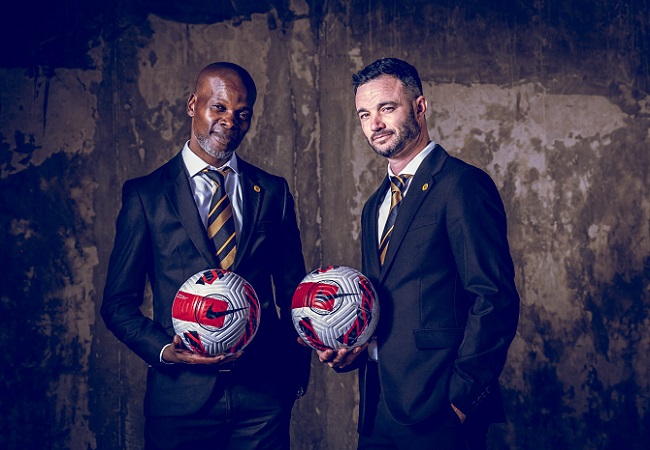 Kaizer Chiefs announced on Thursday to have appointed Arthur Zwane at the head of the club on three-year deal with immediate effect.

Coach Zwane will be assisted by Dillon Sheppard, who joined Chiefs in 2020 as assistant coach.

Soweto-born Zwane has previously stood in as the head coach on a temporary basis at various times in the past – most recently in April following the departure of Stuart Baxter – where he led the team for the final seven league matches of the 2021/22 season.

Earlier in the campaign he had taken the helm for three matches leading up to the festive break during the Covid-19 outbreak in December 2021. He was also in charge towards the end of last season, overseeing the team in the last two DStv Premiership matches of the 2020/21 season and the two-legged Caf Champions League semi-final against Wydad Casablanca.

He won the league matches and managed to sneak the team into the top 8 on the last day and qualified Kaizer Chiefs for the historic Caf Champions League finals.

Zwane started in 2010 as assistant to Vladimir Vermezovic at Kaizer Chiefs. And he worked with the first team until May 2012, maintaining his role under Doctor Khumalo and Ace Khuse after they replaced the departing Vermezovic late in the season.

He will later shift the Chiefs Youth Academy Development programme in 2012, holding posts with the Under-13, Under-17 and Under-19 teams for a period of four seasons before moving up to coach the club’s reserve team.

Zwane gained international experience when he was called up as an assistant coach for Bafana Bafana in 2020 and 2021. He worked with Molefi Ntseki, who is now Kaizer Chiefs’ Head of Technical and Development.