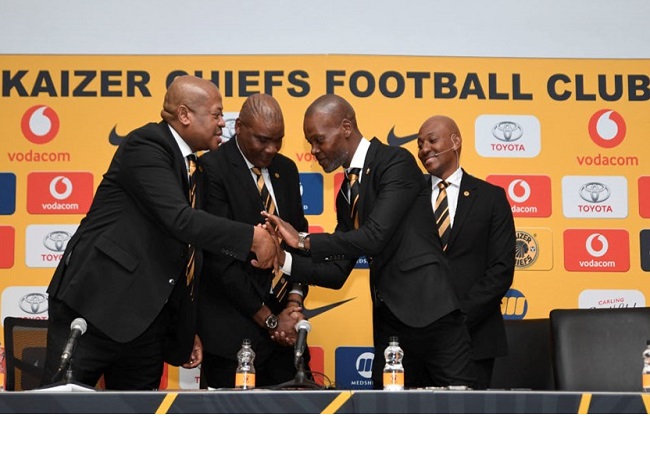 Kaizer Chiefs handed the future of the club to Arthur Zwane on Thursday ahead of the new season. And while expressed his confidence in the newly appointed coach’s ability to steer Amakhosi to glory, the club chairman, Kaizer Motaung, explained the reasons leading to the choice of Zwane.

“We would like to take this opportunity and congratulate coach Arthur Zwane for this big appointment. The plan we have been working on for many years of appointing Arthur as our Head Coach has come to fruition. After seeing his passion for the game and his willingness to learn, we have been looking to bring him through to lead the senior when the time is right. And we believe that time is now. We are also grateful that he has been patient and continued to work hard to advance his coaching skills and abilities by educating himself, which is key in the modern game.” Motaung said following the announcement.

“Arthur is the someone who grew up at Chiefs and has a full understanding of our culture. We did say last year when we appointed the Sporting Director and Head of Technical that we wanted them to work with people who understand our philosophy. This is important as the coach works closely with those two gentlemen on a daily basis.” The Chairman added.