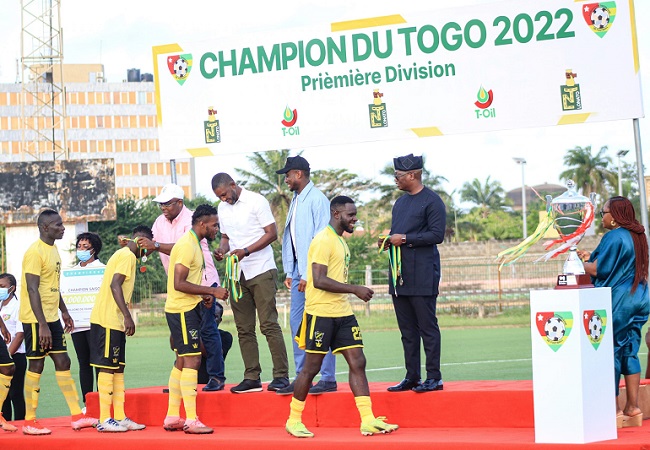 2021-2022 season of Togo’s first division national football championship ended up on Sunday. And ASKO of Kara are winners of the title for the third consecutive season and the seventh time in their history.

ASKO finished as they started. The Kozah-based club won the title of Togo champion after the 10th and last day of the play-offs. On Sunday, the Kondonas won 1-0 against Dyto who were looking for second place. This umpteenth victory for ASKO thus marks a season without defeat for the club (14 days in the regular phase and 10 days in the play-offs). A performance reminiscent of that of 1996.

Eliminated in the first preliminary round of the CAF Champions League this season, ASKO will return to the continent with new ambitions.

ASCK will join ASKO in continental campaign. Kara’s rival club consolidated second place in the championship after their clear 4-1 victory over AS Binah on the last day. Waza Banga play the TotalEnergies CAF Confederation Cup.