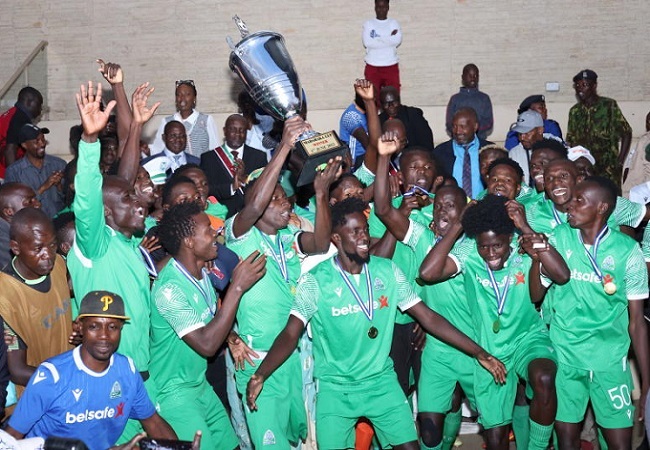 Gor Mahia saw off eternal rivals AFC Leopards 6-5 (1-1) in post-match penalties to win the exhibition match organised by the government as part of the Madaraka Day celebrations on Wednesday.

The fixture was staged barely a few hours after President Uhuru Kenyatta led the country in marking the 59th Madaraka Day celebrations at the newly refurbished Uhuru Gardens.

At Nyayo Stadium, Austin Odhiambo was the hero of the day as Gor and AFC Leopards entertained Kenyans in a blistering final attended by thousands of fans donning green and blue jerseys.

The game was forced to penalties after an error from Leopards’ keeper Levis Opiyo led to a 1-1 draw in regulation time. And Odhiambo, who left Leopards at the start of the season, scored the winner in sudden death.

Both teams scored their first five kicks and the game had to go to sudden death.

Skipper Peter Thiong’o skied his effort and Odhiambo responded, sending the ball straight through the middle for the winner.