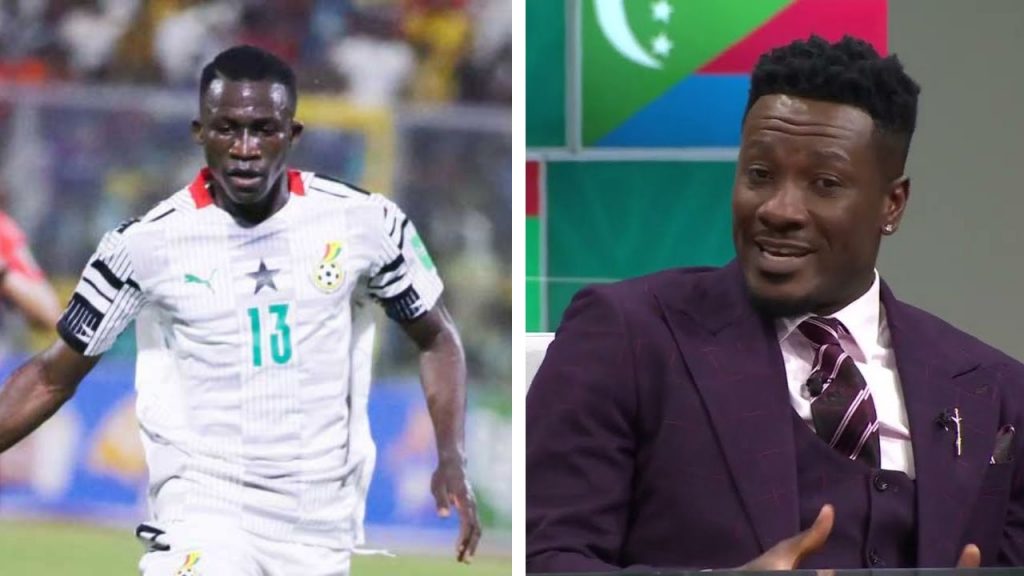 Ghana legend Asamoah Gyan has provided advices to the Black Stars midfielders in order to get the best out of AS Roma youngster Felix Afena-Gyan in the national team.

The 19-year old scored his first ever goal with Ghana during the convincing 3-0 victory over Madagascar in the opening game of the Black Stars in AFCON 2023 qualifiers at Cape Coast Stadium.

However, the recent Europa Conference League winner has been criticized due to his performance against Central African Republic earlier on Sunday.

“If Felix Afena-Gyan is going to keep playing as a lone striker for the Ghana he might have to consider dieting and weights so he bulks up a bit more. Playing upfront alone means he needs improve his hold up play and make the ball stick. That comes with experience and strength”, Ghanaian journalist Owuraku Ampofo wrote on his Twitter account.

A tweet Asamoah Gyan replied with this message : “He [Felix Afena-Gyan] is doing some good things upfront. His hold up play is not bad. All the team need to do is to have confidence in him and supply the balls anytime he makes a run through channels. Striker gives up when he runs a lot and there there is no supply. Midfielders have to take risk.”

And advice Black Stars midfielders must take into account for the coming four-nation tournament in Japan starting from Friday.