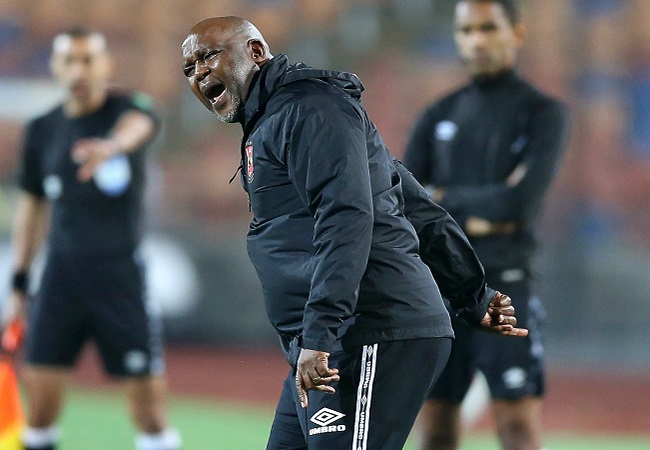 Egyptian giants Al Ahly coach Pitso Mosimane, who is scheduled to meet the club’s top brass including president Mahmoud El Khatib on Friday to discuss his future at Ahly which apparently hangs in the balance, said coaching the Red Devils comes with a lot of stress and sickness.

“It’s a difficult environment that is tiring. And it takes a lot of my energy. Coaching has a lot of stresses and sicknesses. I have suffered from those things, I must tell you the truth.

“It’s stress, you don’t sleep well. It is never easy and it is not all about the social media and pressure of supporters.”

Mosimane added that sometimes pressure comes from the performances of players.

“It is like that at every club, it is not only about Al Ahly. You find all those things where some players fit and others don’t.

“Other players are favourites and have questions from the stands and social media asking why you don’t play this man. Sometimes you play him and he does nothing but they still love him.”