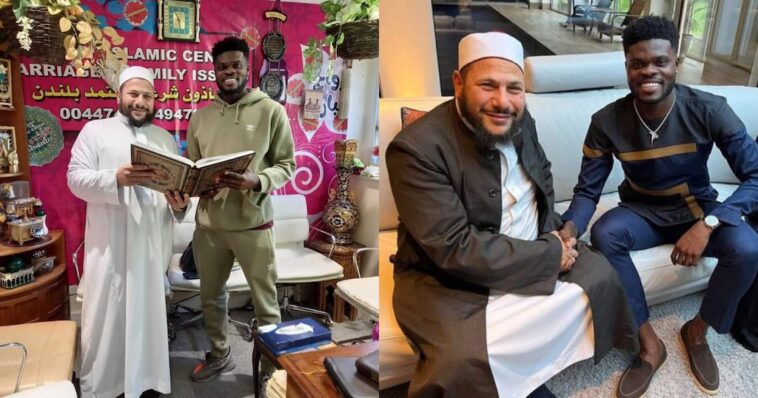 Thomas Partey, a Ghanaian midfielder for Arsenal, has changed his name to Yakubu after converting to Islam after marrying Moroccan Sara Bella.

Despite the name change, the former Atletico Madrid midfielder will continue to be known as Partey when representing Arsenal.

In addition, when in action, the 28-year-old will wear Thomas on the back of his shirt.

Partey, who was raised as a Christian in east Ghana, announced to the world in March that he had converted to Islam as a result of Bella.

In mid-March, a photo of him in London with a Sheikh, holding the Quran – Islam’s holy book – went viral on social media.

After marrying Bella and devoting himself even more to Islam, Partey has changed his name to Yakubu.

Last season, Partey only appeared 26 times for Arsenal in all competitions due to injury and suspension.

His season was cut short when he suffered a hamstring injury in a 3-0 loss at Crystal Palace on April 4, and the Gunners missed out on finishing in the top four to bitter rivals Tottenham Hotspur.

After a scoreless first leg, Partey gave Ghana the lead in the second leg in Abuja with a powerful low shot in the first half.