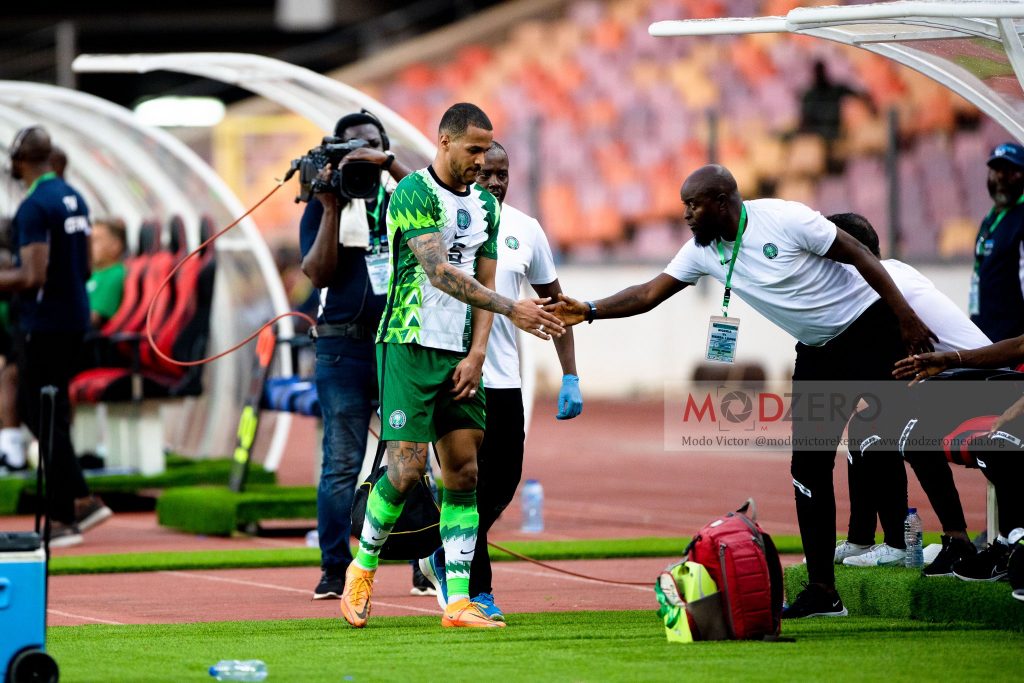 After an injury scare against Sierra Leone, William Troost-Ekong has been ruled out of the squad.

After intercepting a ball with 10 minutes to go in Thursday’s 2023 Africa Cup of Nations qualifier, the defender had to be carried off on a stretcher.

The Watford defender has been ruled out of the second Group A game against Sao Tome and Principe on Monday.

However, following his injury, the former Udinese player has taken steps to relieve anxiety as he promised to return sooner in a message on his Twitter account.

“First game & first win to set us off on the new AFCON 2023 campaign. Thanks for the messages.

“I will be back soon, ” the defender wrote on his Twitter handle.