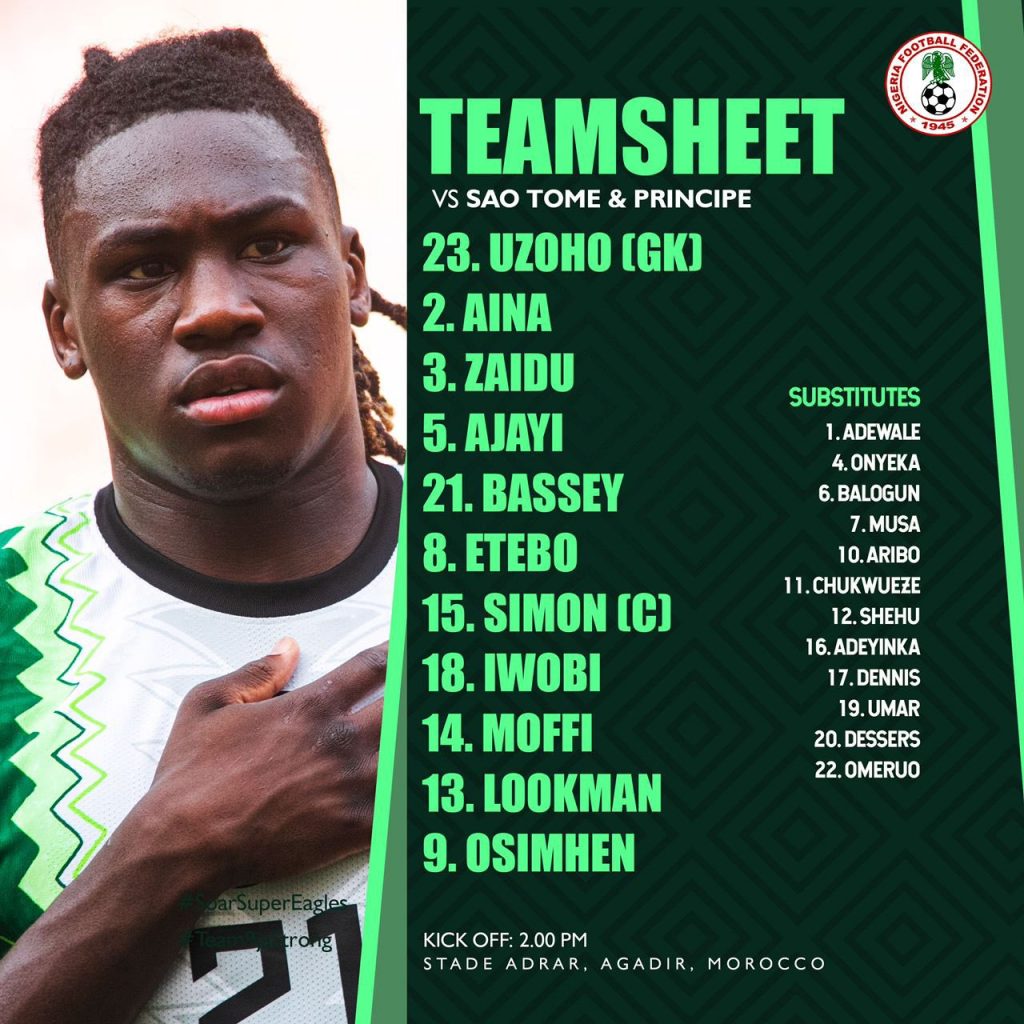 Super Eagles head coach, Jose Peseiro has named a strong starting XI against Sao Tome and Principe ahead of today’s game at Agadir in Morocco.

Peseiro guided the Super Eagles to a hard fought 2-1 victory against Sierra Leone on Thursday.

This will be the first time both teams will meet in any competition.

The Falcons suffered a heavy loss in their first game against Guinea-Bissau.

Peseiro made four changes to the side that defeated Sierra Leone with Sanusi Zaidu replacing Troost-Ekong while Ademola Lookman has been handed a starting place alongside Terem Moffi. 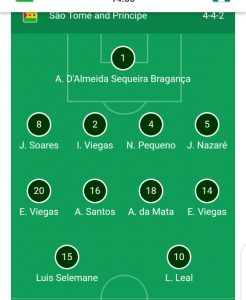 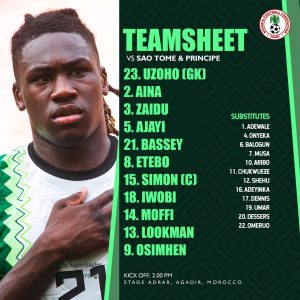