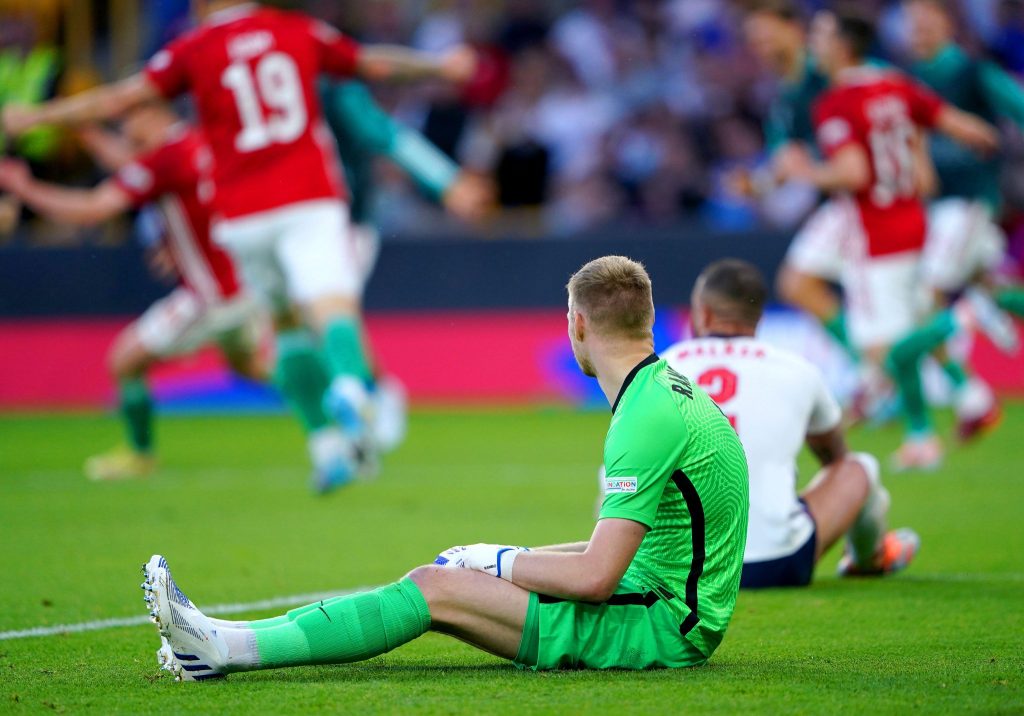 Against a ruthless Hungary, England’s miserable Nations League campaign continued as they suffered their worst home loss since 1928, dropping Gareth Southgate’s team to the bottom of Group A3.

The Three Lions have now lost four straight games for the first time since 2014, and with the World Cup coming up at the end of the year, they appear to be in bad shape and lack confidence.

With a proficient finish at the back post, Roland Sallai gave the visitors the lead. Twenty minutes from time, he doubled Hungary’s advantage with a breakaway goal.

Hungary continued to dominate as Zsolt Nagy scored from long range and Daniel Gazdag finished well to secure a second historic victory over England in ten days after John Stones was dismissed from the game.

Harry Kane glanced a header against the crossbar and Jarrod Bowen had squandered good chances at the back post from crosses from Reece James, but the hosts once again lacked the confidence and ingenuity to create openings for their rivals.

Hungary, who tops a group that also includes Germany and Italy, defeated the Three Lions for the first time since a famous 6-3 victory at Wembley in 1953.

They did so by being well-organized and decisive.