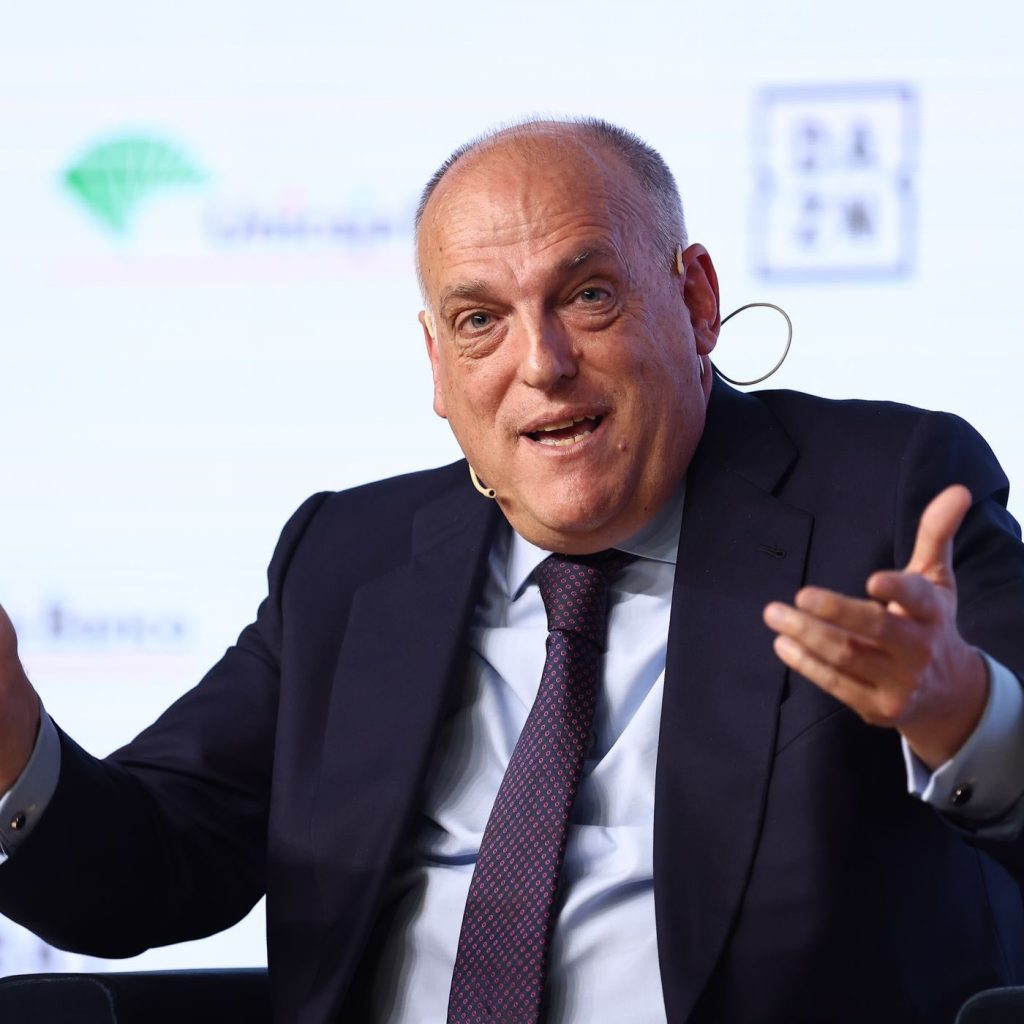 Javier Tebas, the head of La Liga, has criticised Manchester City and Paris St. Germain for their spending.

According to the president of Spain’s top league, European football is in “danger” unless “state-owned” clubs like Manchester City and Paris St. Germain can be managed.

Regarding alleged Financial Fair Play violations by the two teams, La Liga has complained to Uefa.

It thinks wealthy nations effectively control them and get around regulations intended to keep expenditure manageable.

The complaints have been vehemently refuted by both clubs.

Sheikh Mansour of the United Arab Emirates owns a majority stake in Premier League ChampionsManchester City, while the Emir of Qatar owns the French champions PSG.

“We think European football is in danger. [We have] not been able to design a system to control the state-owned clubs.”

He reiterated this when addressing a gathering of European Leagues in Amsterdam.

“We’ve made official complaints about PSG for financial doping.

“Uefa have allowed losses because clubs reduced their turnover, but PSG increased their wage bill by an incredible amount during Covid.

“That is without including Mbappe.

” It is obvious they are not applying FFP [Financial Fair Play] rules.

“It is endangering the entire financial eco-system in Europe.”

A two-year Champions League ban issued on City by Uefa for FFP violations was reversed by the Court of Arbitration for Sport in July 2020.

Tebas added: “At one point, Man City had 68% of their revenue from commercial income. Real Madrid was 54%.

“That is impossible. Man City as a brand is not worth that much.

“They were sanctioned but it was reversed.

” PSG is even more obvious. It is totally impossible. Contracts were inflated.

“The majority of people in football try to control their financial status.

” It is not a problem they are owned by by the state. It is the financial side.”