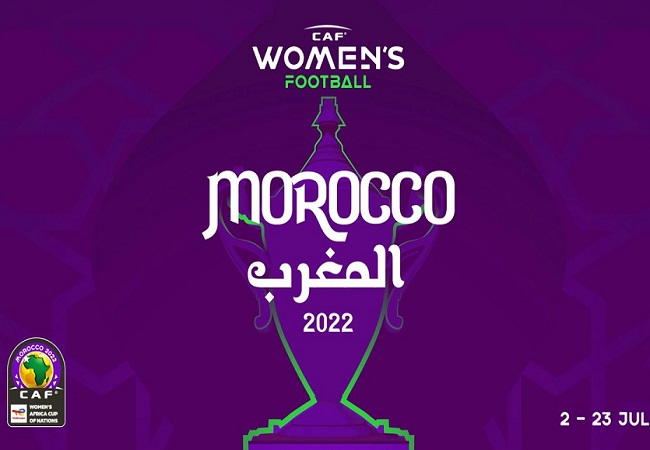 African Football chiefs unveiled on Monday the poster to be displayed around cities in Morocco for the 2022 women’s Africa Cup of Nations which starts on 2 July.

The poster shows the Cup of Nations trophy inlaid with motifs of Moroccan architectural styles from throughout the country.

Burkina Faso and the hosts Morocco will launch the tournament in Group A at the Prince Moulay Abdellah Stadium in Rabat which will be the venue for the final on 23 July.

The Stade Moulay Hassan in Rabat and the Stade Mohammed V in Casablanca will also stage games.

The Super Falcons of Nigeria, who have won the title 11 times, go into the 14th edition as favourites.

That competition was scheduled to boast 12 teams for the first time. And as a result of the expansion, all four semi-finalists at the tournament will qualify to represent Africa at the women’s World Cup in Australia/New Zealand in 2023.

And teams who lose in the quarter-finals will vie in a play-off for two places for the 2023 World Cup inter-confederation play-offs.

Nigeria will begin the defence of their continental title in Group C on 4 July against South Africa at the Stade Moulay Hassan in Rabat. Burundi and Botswana will kick off their Group C campaigns

Cameroon, Tunisia, Zambia and Togo will play in Group B while Senegal and Uganda will feature with Morocco and Burkina Faso in Group A.