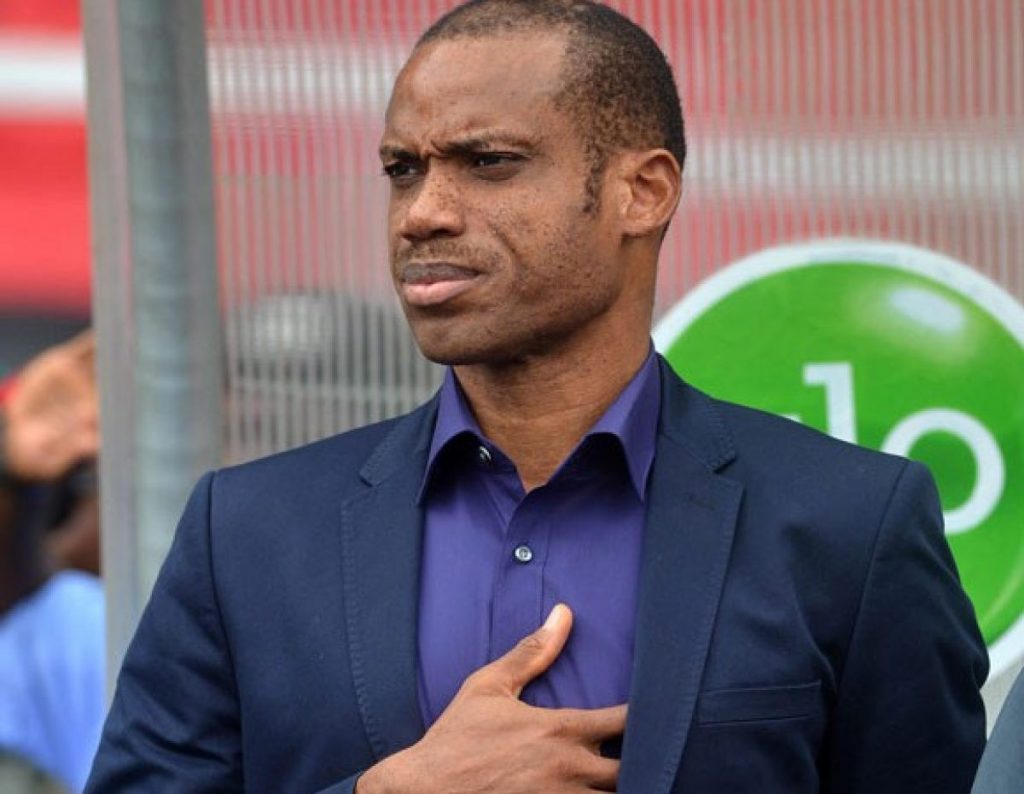 The fourth-tier team will offer Oliseh a one-year contract.
The 47-year-most old’s recent team was Fortuna Sittard of the Eredivisie.

“Yes, Sunday Oliseh will be our new coach. A good 14 days ago we had delicious asparagus at the Straelener Hof,” president of the club Hermann Tecklenburg was quoted by waz.de.

“That was a good conversation. In the last 24 hours we were also able to discuss an employment contract until June 30, 2023.

“On Wednesday 21 June, Sunday will lead the first practice session. We look forward to working together.”

In 2007, the former Ajax standout served as Eupen’s sporting director in Belgium.
For Nigeria, Oliseh had 54 appearances. He was a member of the team that won the Atlanta 1996 Olympics gold medal and the 1994 Africa Cup of Nations championship.
At Ajax Amsterdam in the Netherlands and Borussia Dortmund in the Bundesliga, he had a fruitful playing career.