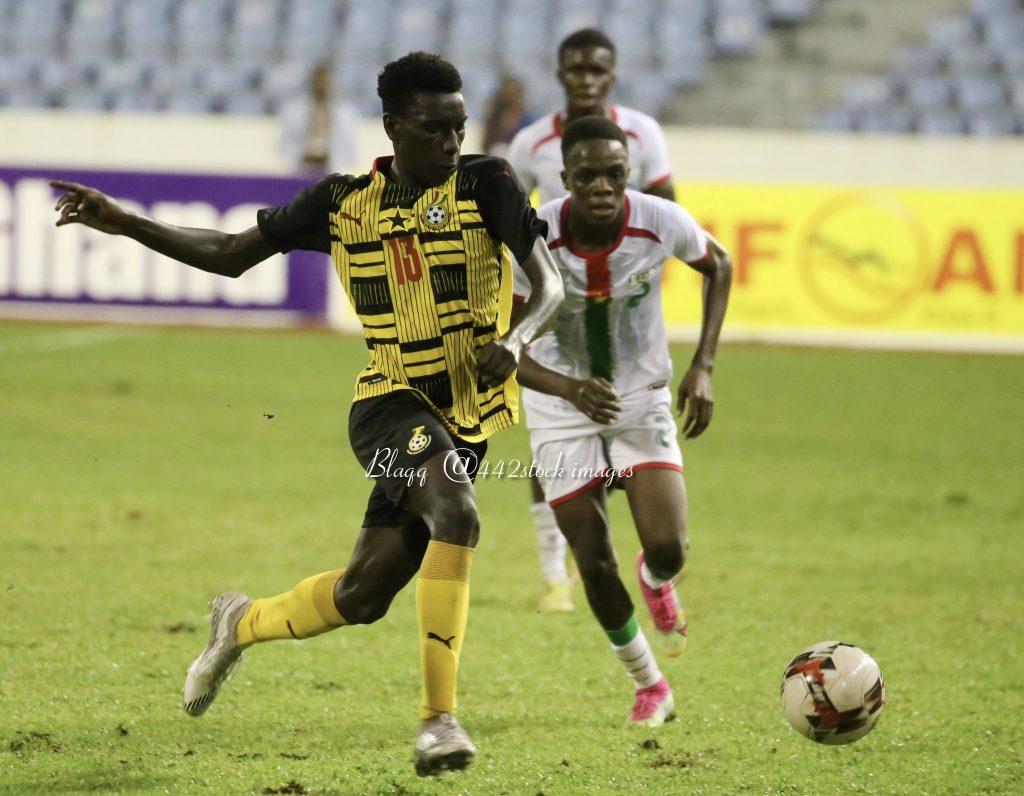 Burkina Faso are through to the final of the WAFU B U-17 tournament following a 1-0 victory against host, Ghana at the Cape Coast Stadium.

A 64th minute spot kick from Ousmane Camara was all the Burkinabe needed to set up a date with the Golden Eaglets of Nigeria in the final.

The Black Starlets who started the competition losing 4-2 to Nigeria headed to the game on the back of their qualifications to the semi-finals hoping to book a spot in the 2023 AFCON U-17 tournament.

A cagey game at the Cape Coast Stadium which have hosted all the games played so far, saw both teams failed to score in the first half.

The Ghanaian side would have themselves to blame as they had clear cut chances that they could not convert.

Togolese referee awarded a penalty to Burkina Faso in the 63rd minute as Camara made no mistake and scored.

The Black Starlets tried hard to get the equalizer , but the Burkinabe ensured their lone goal was not canceled and the game ended 1-0.

Burkina Faso and Nigeria will now represent West Africa in the 2023 AFCON U-17 tournament.