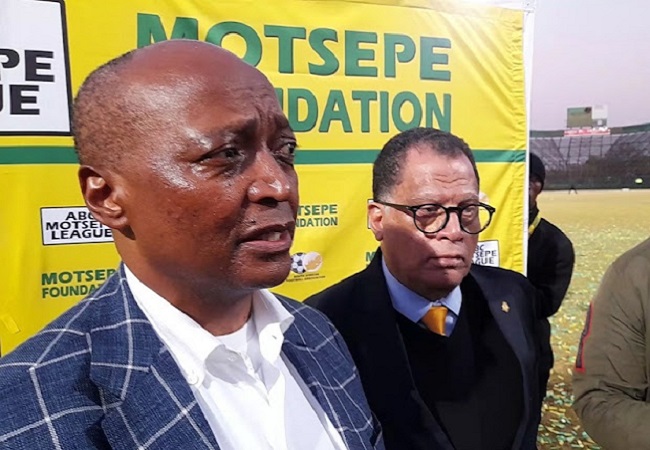 Motsepe, as the tournament sponsor, was joined by Safa president Jordaan and vice-president Ledwaba at the prizegiving where MM Platinum lifted the trophy at Olen Park in Potchefstroom after beating Magesi FC 1-0 in the final.

“It’s the coming together, the working together. And, absolutely, the unifying spirit among all is very important.” Motsepe said about both Jordaan and Ledwaba being present.

“I’m very pleased with the commitment Danny has shown and Ria has shown. And this is part of the contribution to football development.

“I’m confident in the spirit that has been ongoing and the commitment shown by all of us. These are my leaders. Whether it’s the Premier Soccer League or Safa or even amateur football, our job is to allow them to lead us and for us to make whatever contributions and assistance we can.” CAF President added.

Gauteng side Platinum won the R1m prize money awarded to the victors of the third-tier Motsepe League. They have been promoted to next season’s GladAfrica Championship along with Limpopo team Magesi.