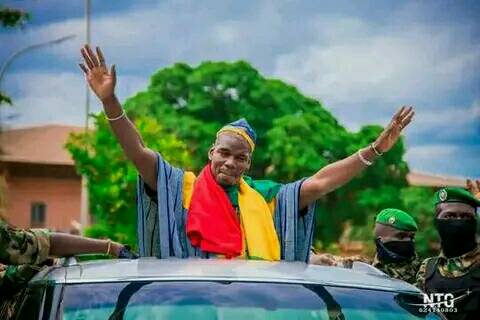 Football fans in Guinea have given football superstar Paul Pogba a hero’s welcome.

The midfielder, who is linked with a return to Juventus in Italy, has roots in Guinea where his parents hail from.

However, the flashy footballer opted to represent the country of his birth France and won the World Cup with them.’

Nonetheless, large crowds are said to have lined up the streets of Conakry to welcome their son.

Pogba is said to have addressed the crowd saying: “We only want peace, respect and progress. We also want Africa to be like Europe, moving forward because we also have this wealth, we have a lot of love and joy. That’s why we also want to move forward. So peace, peace, peace is needed.”

His brothers Matthias and Florentin also play football with the later a reliable defender for Guinea national football team.