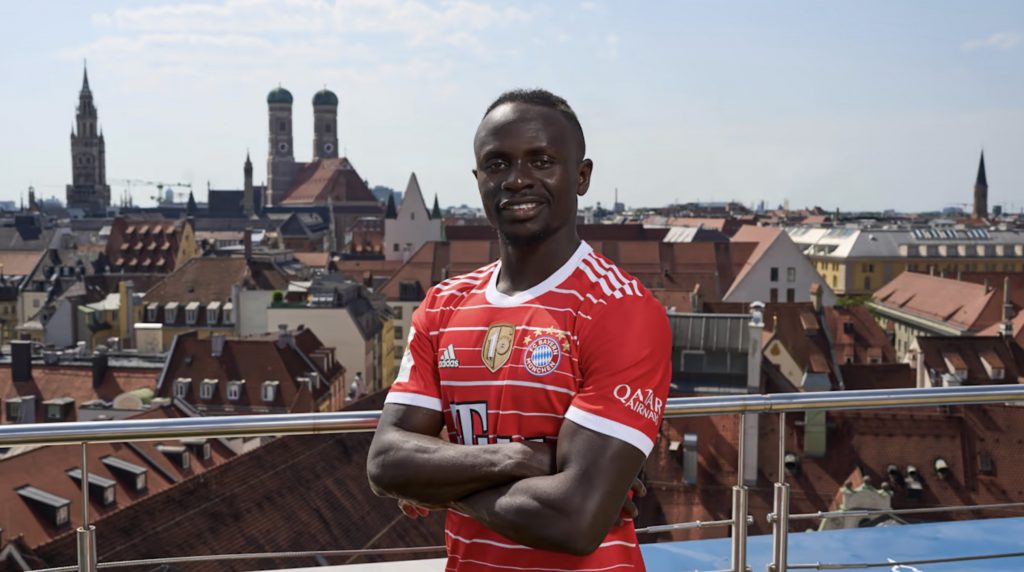 Bundesliga champions Bayern Munich have announced the capture of Sadio Mane from Liverpool on a three-year deal that will see the 30-year old forward linked with them until June 2025.

“FC Bayern have signed Sadio Mané from Liverpool. The 30-year-old attacker has agreed a contract with the German record champions until 30 June 2025”, the German side wrote on their official website.

Mane left Liverpool with one year left on his contract with the Reds after a six-year spell at Anfield.

Now the former Southampton star is set to launch a new challenge in Germany for the first time of his career and Bayern Munich officials are really happy to acquire his services.

“Sadio Mané is a global star, who underlines the appeal of FC Bayern and will increase the attractiveness of the Bundesliga as a whole”, Bayern president Herbert Hainer said.

“Fans come to the stadiums to see such unique players. It’s great that our board led by Oliver Kahn and Hasan Salihamidzic have managed to sign a player like Sadio Mané for FC Bayern”, he added.

Furthermore, Bayern Munich CEO Oliver Kahn also shared delight to have Mane in their workforce for the next three seasons.

“We are delighted that we’ve been able to recruit Sadio Mané for FC Bayern. With his outstanding performances and his great successes at the highest international level over many years, there are very few players like him in the world “, Kahn said.

“We’re sure that Sadio Mané will delight our fans in the coming years with his spectacular style of play. He’s ambitious and eager to win more titles. This is a very strong package. With players like him at FC Bayern, all the biggest goals are possible.”