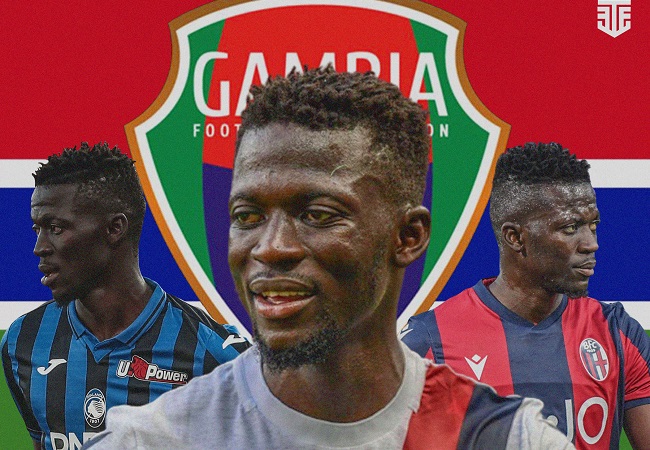 In preparation for CHAN championship, Gambian local based team and the senior national team selection side played a friendly game . And at the end of the meeting at the Independent Stadium, Gambia’s forward, who was introduced in the second half of the match, believes the CHAN Team will take the country to its first ever CHAN competition.

Barrow, who currently plays for Bologna Football Club in the Italian Seria A, made these remarks after the game ended 1-0 in favour of the local based players.

Real de Banjul’s Modou Manneh’s only goal separated the two sides after he was played through by Brikama United’s midfield maestro Bun Sanneh, who was as well part of the national team in games against South Sudan and Congo Brazaville.

Musa Barrow said he was impressed by the hunger and cohesion showed by the CHAN team.

“They have a lot of talents. I was surprised there are a lot of good players in the team. I wish them good luck.”

Veteran short-stopper, Modou Jobe promised that they would do anything within their powers to help the CHAN team as they will be representing the national colours in July.

“Most of the national team players are back to their clubs. But those of us who are here will take our time to help them. We all represent the country. So giving them that push would help.” Toldo as he is widely called said.