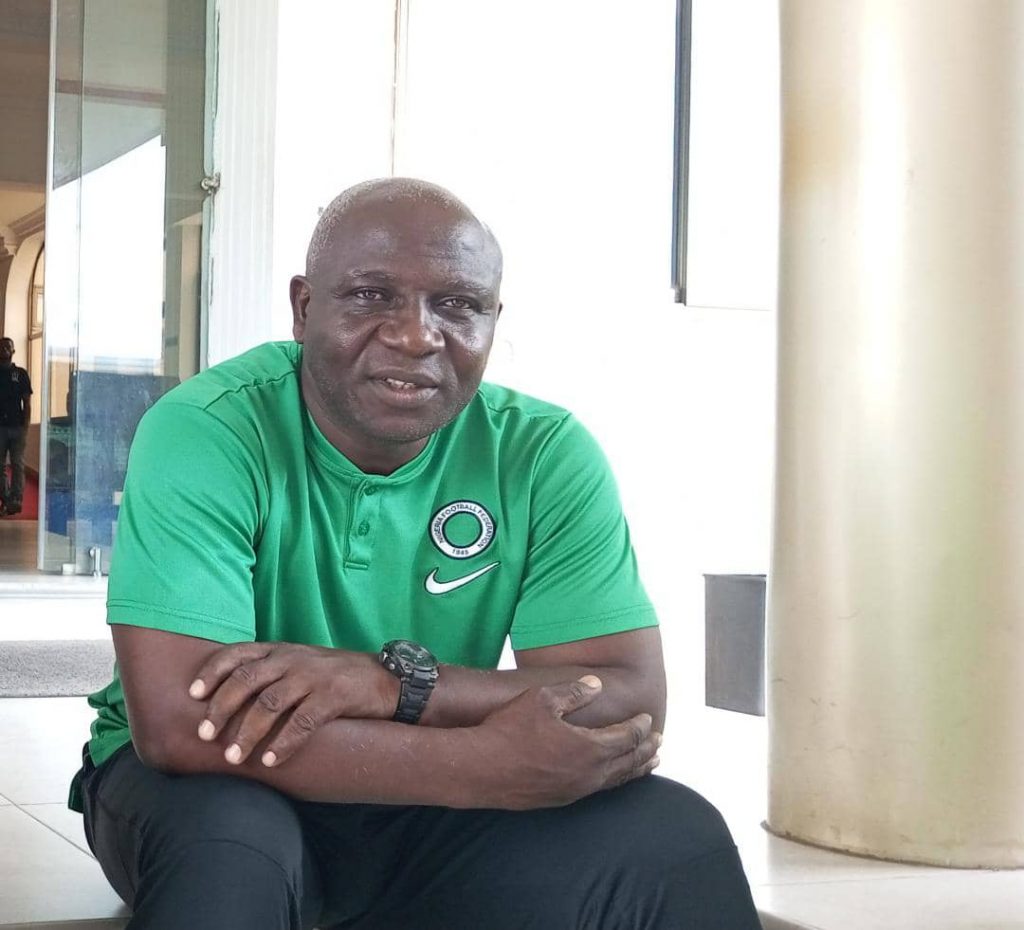 Head Coach Nduka Ugbade has urged his players to be prepared to work assiduously in order to defeat Burkina Faso in Friday’s WAFU B U-17 final at the Cape Coast Stadium, Ghana.

Ugbade said the Golden Eaglets still have grounds to conquer despite securing a ticket to the Africa U17 Cup of Nations taking place in Algeria next year.

“We are going into the Final match, and we are up against Burkina Faso, a team that has won all its four matches in this competition.

“We have also won our three matches here, but we must win the fourth and final one to clinch the trophy,”Ugbade told thenff.com.

Read Also: WAFU B U-17: Don’t Be Carried Away- Garba Warns Golden Eaglets

“We must work assiduously to win all our four matches here to be the only undefeated team of the tournament.”

Ugbade and the Eaglets have received high praise so far at the WAFU B U17 Championship after scoring 10 goals and only giving up four in three games. Left defender Emmanuel Michael won Man-of-the-Match honors in all three contests.

Burkina Faso was in the four-team Group with Niger Republic, Cote d’Ivoire, and Benin Republic, whereas Nigeria triumphed in the three-team Group A that also included the hosts Ghana and Togo.

The Young Etalons won them all, and on Tuesday, they defeated Ghana, the defending world champions, 1-0 in the second semifinal to advance to a potentially combustible Final against the Golden Eaglets.

Emmanuel Michael will be the center of attention at the Cape Coast Stadium on Friday night. 6.30 p.m. Ghana time is when the game starts (7.30pm Nigeria time).

Nigeria and Burkina Faso have already qualified for the 2019 Africa U17 Championship, which will be held in Algeria and will produce the representatives of Africa at the FIFA U17 World Cup in Peru.

Nigeria will sweep the youth football stakes in the seven-nation WAFU B with a victory on Friday night; the U20 Boys (Flying Eagles) won the WAFU B U20 Championship in Niger Republic just last month.