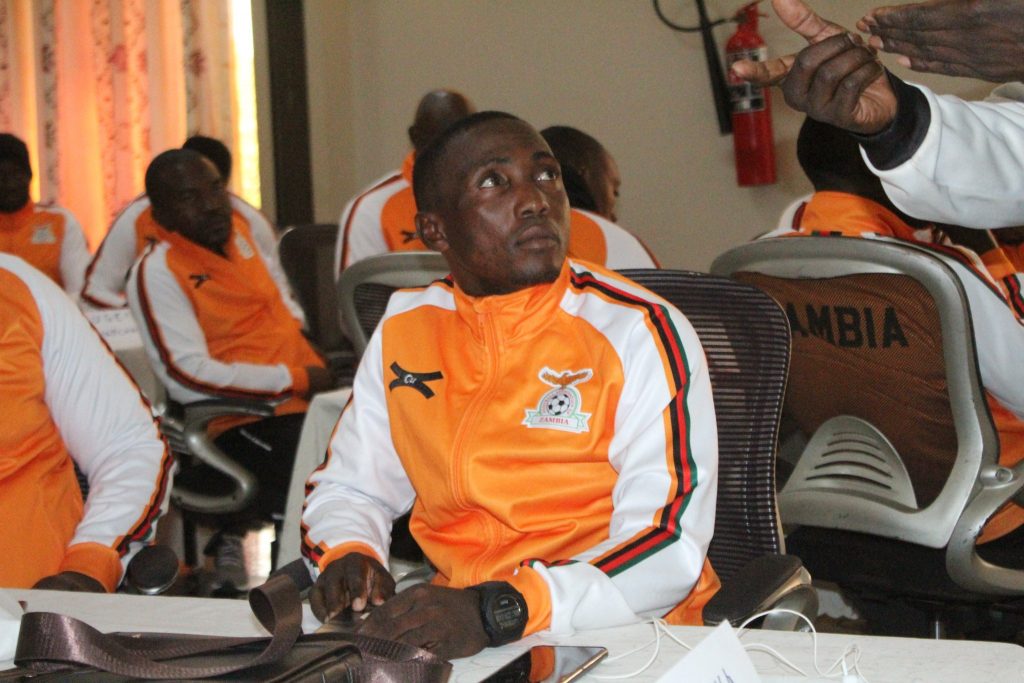 The four players and other footballers are among 40 participants to a CAF C Licence course underway in Lusaka.

Speaking when he opened the course, Football Association of Zambia president Andrew Kamanga said he was happy that the former players have enrolled for the course.

“I am particularly excited that this programme comes on the back of two high level coaching programmes conducted by CAF and UEFA. The FAZ Technical Directorate has activated the upskilling of coaches at various levels of our game. FAZ just concluded the UEFA Coaching programme conducted by the highly rated instructor Mr Roger Meichtry,” he said.

“Additionally, we conducted the UEFA B course that saw many promising coaches upgrade their badges. Our reputation for organizing such programs even opened the doors for other countries to request their candidates to be on our programme.”

Local CAF instructors such as Chris Chibuye and Lyson Zulu are drilling the participants in the course.