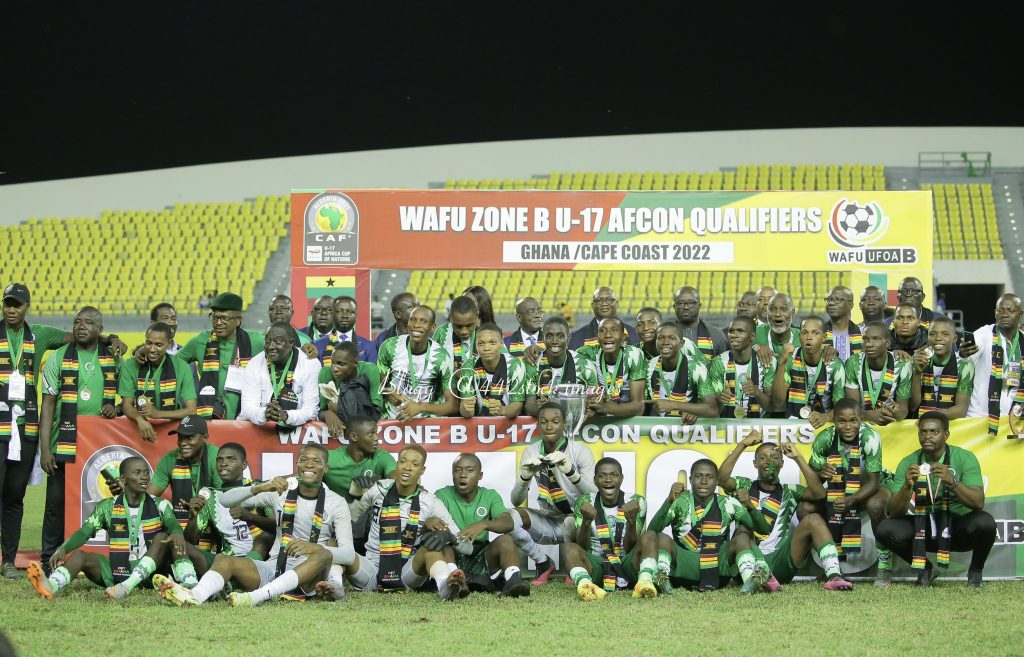 Golden Eaglets edged the Young Stallions of Burkina Faso 2-1 in the WAFU B U-17 tournament in Saturday final at the Cape Coast Stadium in Ghana to be crowned champions.

The Golden Eaglets having won all their games en route to the final were determined to make it four wins in four games.

Read Also:WAFU B U-17: Nigeria Vs Burkina Faso Confirmed Line Up

A cagey start for both side saw Nigeria forward Abubakar Abdullahi almost broke the deadlock in the 8th minute as he threatened the Burkinabe rear but his low drive streamed away from goal.

Abdullahi finally broke the deadlock in the 22nd minute as he rose highest in the box to powerfully nod Emmanuel Michael’s perfect delivery into the net for Nigeria’s first goal.

The Golden Eaglets could have could have doubled their lead through Abdullahi who missed a golden opportunity to make it two for himself and for Nigeria.

Abdullahi scored his second of the day in the opening two minutes of the second half, giving Nigeria and the Golden Eaglets a 2-1 advantage.

He had a chance to make it a hat-trick and Nigeria’s third goal 12 minutes later, but he missed it.

The Stallions broke forward, but Nigerian goalkeeper Richard Odoh made a stunning stop to prevent a costly defeat from happening again.

Five weeks after the U20 boys overcame neighbors Benin Republic in the final to win the WAFU B championship in Niger Republic, Ebube Okeke hit the crossbar from 25 yards out in the 67th minute, but there were no more goals, and Nigeria won a second regional diadem at the young level.

Richard Odoh of Nigeria was chosen as the game’s MVP.