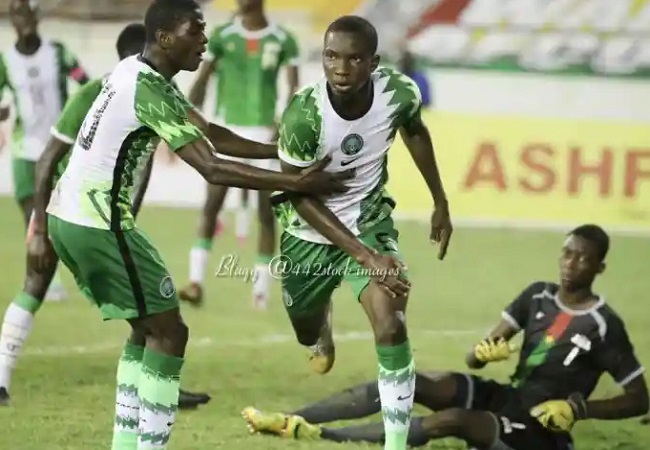 The Golden Eaglets of Nigeria lift the WAFU B Under-17 Championship trophy after a narrow win over Burkina Faso on Friday night at Cape Coast, Ghana. And the former Super Eagles coach Augustine Eguavoen was full of kind words for the winning team.

Nigeria had already secured the ticket to the U-17 Africa Cup of Nations by virtue of reaching the final. But they showed hunger for the trophy against their Burkina Faso counterparts.

The next set of Super Eagles achieved victory thanks to two goals from Abubakar Abdullahi.

Just after their crown, Eguavoen took to social media to congratulate the team on their efforts.

“Congratulations are in order to the Golden Eaglets. Led by Nduka Ugbade. Massive well done, to the entire Nigeria U17 players and backroom staff! WAFU B Champions.” Eguavoen said on Twitter.

The victory was just the climax of a scintillating series of performances from Nduka Ugbade’s boys, as they were the only team that did not lose a game at the tournament.

Next up for the boys is the U-17 Nations Cup scheduled for 2023 in Algeria. The top four teams from the tournament will qualify for the World Cup.