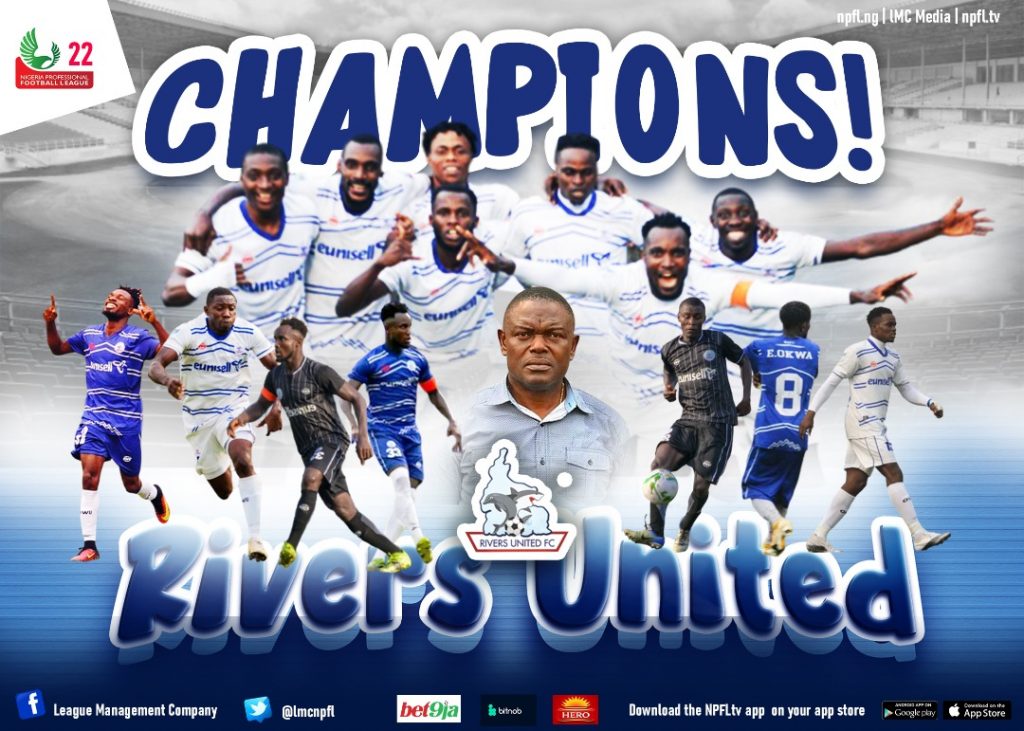 Rivers United won the 2021/2022 NPFL title after Plateau United suffered a 2-1 loss to Akwa United in Matchday 35 of the NPFL.

Akwa United in a message through it’s chairman, Elder Paul Bassey said Rivers United were worthy champions as they have been consistent .

“There is no doubt that Rivers Utd have been the in-form team throughout the season with some great results.

“With such consistent performances throughout the season, I must say that the Pride of Rivers are worthy champions of Nigeria this season and they truly deserve the crown.

“We know that winning the league comes with a big responsibility of representing the country at the continental level.