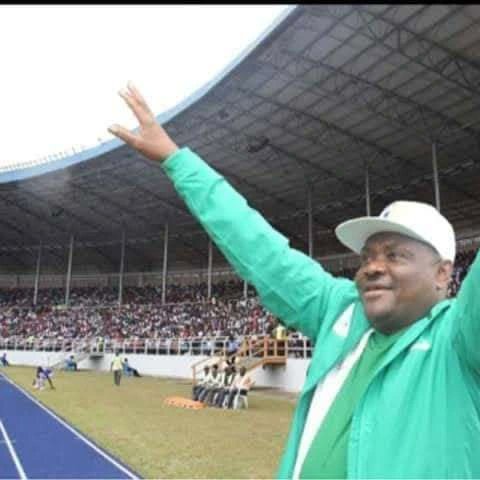 The Rivers United Football Club has been congratulated by Governor Nyesom Ezenwo Wike for winning the Nigeria Professional Football League in 2021–2022. (NPFL).

After Plateau United’s 1-2 away loss against Akwa United on Saturday, Rivers United was formally declared the winner of the 2021–2022 NPFL season.

The governor praised the State-owned football team’s players and coaching staff on Sunday after the spectacular win that broke their five-year NPFL title drought.

It is encouraging that Rivers United won the league and will now represent the nation in the Confederation of African Football (CAF) Champions League the following year, according to Governor Wike, who credited the brilliant team’s tenacity for their success.

The victory of Rivers United in the 2021–2022 NPFL, he continued, has brought joy and gladness to the people of Rivers State and the nation as a whole.

“I wish to express my heartfelt appreciation to the coaching staff and particularly the capable players of Rivers United for the valuable efforts they made to emerge the winner of the 2021/2022 NPFL.

“The Government and good people of Rivers State are very proud of the team’s exploits following their dogged performances and resilience display throughout the 2021/2022 season.

“It is worthy to note that over the years, Rivers United has brought so much joy and happiness to football fans and supporters all over the country.

“This victory, no doubt, marks a major milestone in Rivers State football’s history.”