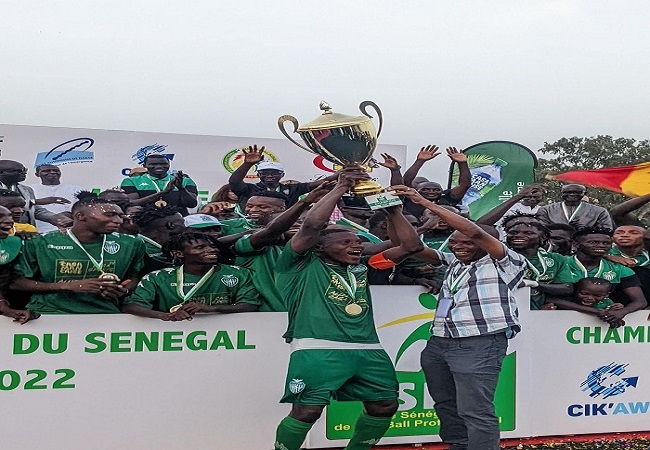 Casa Sports completed the league and cup double in Senegal on Sunday when they won the country’s FA Cup on 3-0 victory over Etoile Lusitana.

A brace by Raymond Dieme Ndour and another strike by Abdou Seydi helped the league champions to defeat the third tier club to win the title and complete the double.

Before Ndour turned on the style in the 40th and 46th minutes, Seydi had opened the scoring to subdue the third division that had excited the FA Cup competition this season.

The suspense in Sunday’s final lasted only a few minutes before the team from southern Senegal brought their experience to bear on the game.

After several attempts, it was captain Seydi who found the opener on 20 minutes he headed in the cross Moctar Ndiaye for the opener.

Ndiaye also set up the second goal just before the break as another inviting cross from the right found Ndour who made no mistake from inside the box to extend their lead.

Ndour completed his heroics just after the break by making light work of three defenders before putting beyond goalkeeper Mouhamed Seye to seal the emphatic victory.

Despite the many changes made by Lusitana to help improve their fortunes Casa Sports defenders remained resolute to seal the win and complete the double after winning the league title two weeks ago.