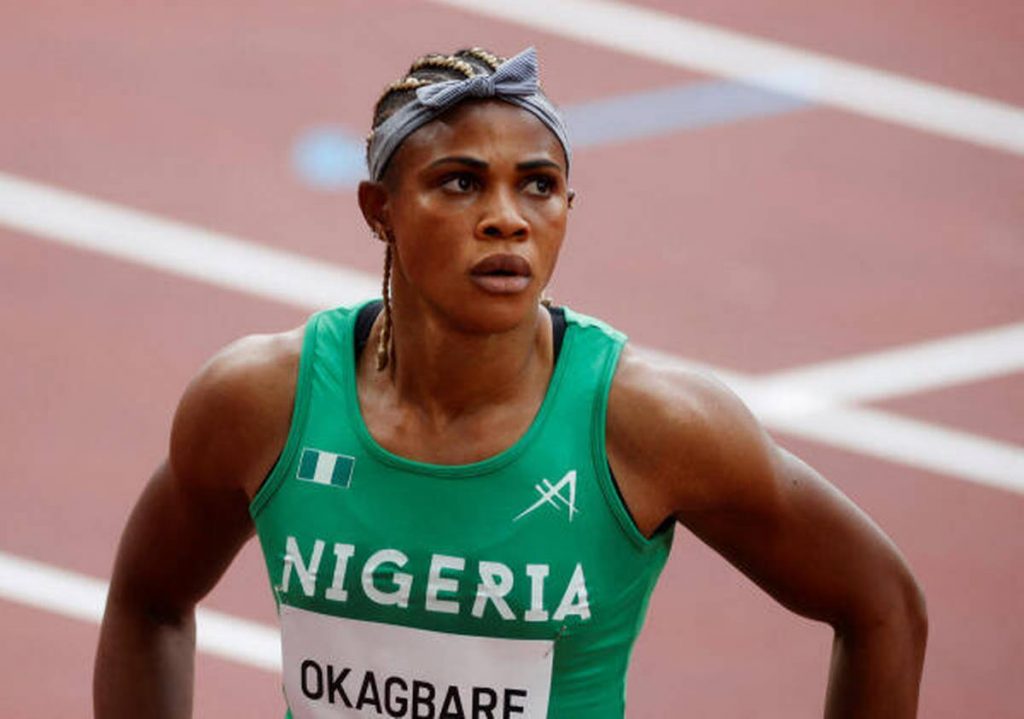 The 10-year penalty already imposed on the Nigerian sprinter Blessing Okagbare has been extended by another year due to fresh doping offenses.

She was accused of “evading sample collection and tampering or attempted tampering with the doping control process” by the Athletics Integrity Unit.

The 33-year-old received her initial suspension in February for “repeated violations of anti-doping procedures.”

She failed a drug test, which led to her suspension during the 2021 Summer Olympics in Tokyo.

Nigeria has lost its chance to qualify for the women’s 4x100m relay at the World Championships in Oregon in July due to Okagbare’s further ban.

On June 13, 2021, six days after evading sample collection, she participated in the relay event in Nigeria’s Olympic trials, assisting her team in earning a spot in the World Championships. However, Okagbare has now been disqualified from all outcomes.

“Over the years, we have repeatedly seen how one person’s actions adversely affect team-mates who have trained hard and worked honestly for their results,” AIU head Brett Clothier said in a statement.

“In this instance, Nigeria has lost an important qualification spot.

“Those are the rules and we will not compromise on integrity.”

Okagbare, who won the silver medal in the long jump at the 2008 Olympics, finished first in her preliminary round of the women’s 100-meter race in Tokyo last year in 11.05 seconds.

She was, however, disqualified from the semi-finals after the AIU reported that a test conducted outside of competition on July 19 revealed she had tested positive for a human growth hormone.