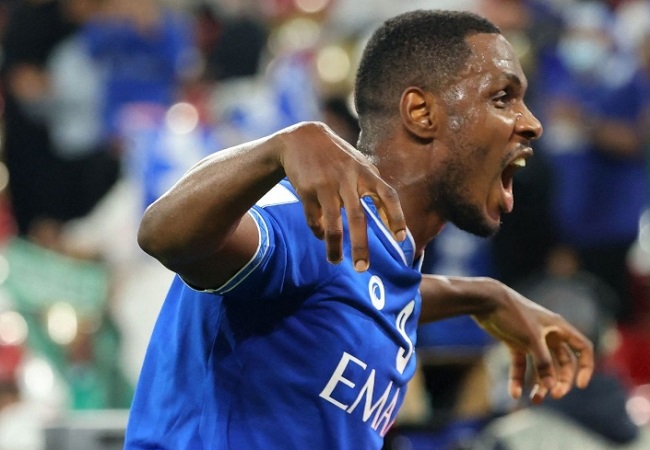 Al Hilal welcomed relegation-threatened Al Faisaly to the MRSOOL Park on Monday in a game that held a lot of significance. Al Hilal needed a win to be crowned champions of Saudi Arabia, while Al Faisaly needed at least a point to stay afloat.

However, Al Za’eem did not give their visitors time to settle down before they struck. Ighalo received a pass from Michael on the right side of the attack and struck an unstoppable shot with his left foot to put Al Hilal ahead in the seventh minute.

Asides from the goal, the first period was pretty balanced, with Al Faisaly recording more goal attempts. But they failed to take their chances.

In the second half, the visitors looked more dangerous. But Ighalo struck again with Michael the orchestrator. The Brazilian forward set up Ighalo, who promptly slotted in the net for the second time to put his side two goals ahead with 26 minutes left in the game.

Al Faisaly pulled a goal back in the 70th minute through Clayson. But it was not enough, as Ighalo’s brace was enough to see Al Za’eem to a third consecutive league title.

The former Manchester United star Ighalo also sealed his spot at the top of the goalscoring charts with 24 goals.