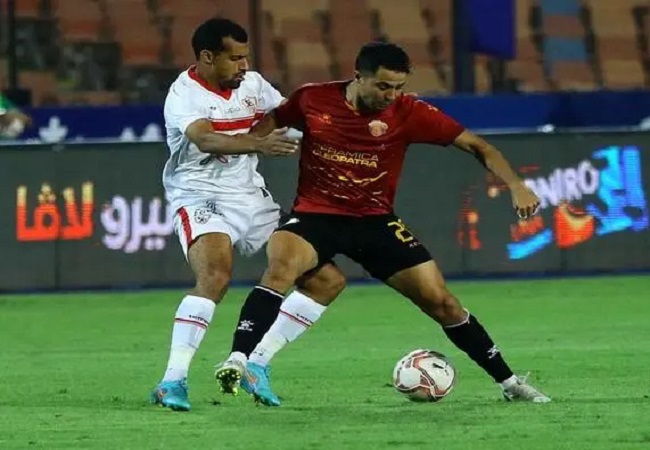 Zamalek temporarily increase their lead on top of the Egyptian Premier League table on Tuesday with a spirited comeback from Ceramica Cleopatra to secure a precious 3-2 win.

The White Knights looked to be cruising when goals from midfielder Emam Ashour and Tunisian striker Seifeddine Jaziri gave them a 2-0 halftime lead.

By the time winger Ahmed Zizo added the third 13 minutes into the second half the game looked dead and buried. But Ceramica squandered a host of clear-cut chances as they laid siege to Zamalek’s area.

Their onslaught resulted in two balls being cleared off the line, one rattling the crossbar and two goals from forward Shadi Hussein and Tunisian defender Seif Teka.

However, they could not find what would have been a stunning stoppage-time equaliser as a Zamalek side featuring some inexperienced players, especially in defence, held on for a precious win.

The defending champions top the table with 51 points, five ahead of second-placed Pyramids, who played a game less. The Whites are seven clear of third-placed Al Ahly who still have four matches in hand.

Al Ahly can trim the gap to four points if they beat Smouha on Wednesday.