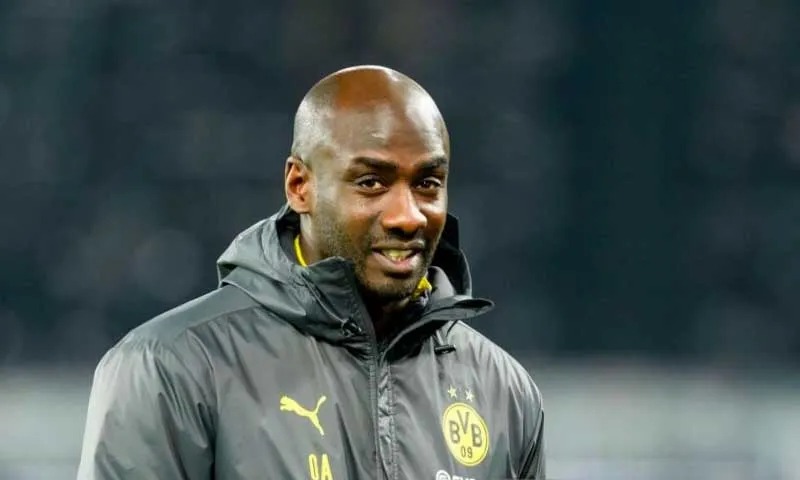 Ghana Black Stars head coach Otto Addo has rejected the ‘Scout’ designation as he made his role at Borussia Dortmund clear.

The 47-year old started his journey with the German Bundesliga side as a scout.

The former attacking midfielder contributed a lot in developing youngsters the likes of Youssoufa Moukoko and Erling Haaland.£

But he is no longer playing that role as he gained experience to become the assistant coach now.

Read more : Andre Ayew names his childhood idol, and it surprises no one

“First of all, I am not a scout, I am a coach. I did scouting in 2014 for the Ghana National team”, Otto Addo revealed, as per GSN.

“I joined the national team because I live in Germany so I did the scouting in 2014.

“After that, I never scouted again so I am working as assistant; more of top talent coach in charge…especially the young players at Borussia Dortmund.

“I guide them, I coach them on positional training and I assist the coach during the training during the week, I guide the young players when they go down, especially [when] they don’t play in the first team.

“They play for the second team. I guide them, I analyse their games and I talk about the games with the young players… That’s very important for us; For Borussia Dortmund to develop their players. They get special feedback from me.