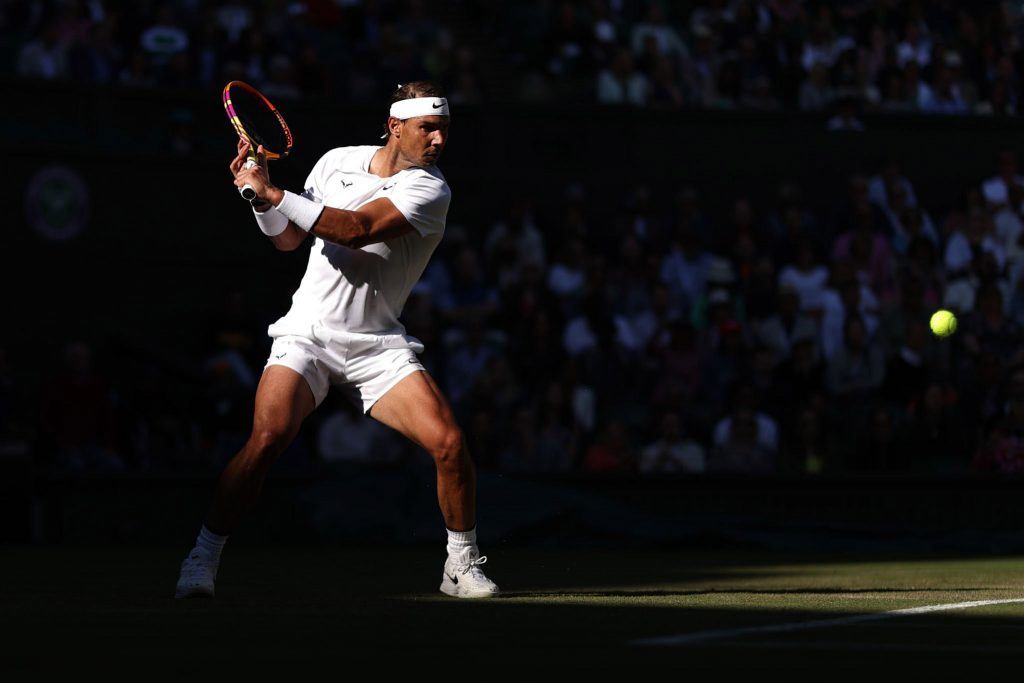 Rafael Nadal has had opposition in his opening two Wimbledon matches, but he has advanced to the third round without being in any real danger.

In the second round of The Championships on Thursday, the two-time champion overcame Lithuanian Ricardas Berankis 6-4, 6-4, 4-6, 6-3 after three hours and two minutes.

The 27th seed Lorenzo Sonego, who advanced to the fourth round at SW19 the previous year, will play the second seed next.

Nadal’s performance was not flawless; he twice botched serve attempts and dropped a set for the second straight match (also against Argentine Francisco Cerundolo).

However, he has now improved to 32-3 for the year and is still vying for the Grand Slam after winning the Australian Open and Roland Garros.

Because of his relentless attention and physical style of play, Nadal is frequently able to overpower his opponents in the opening rounds of competition.

Berankis deserves praise for upgrading his game against the 22-time major champion despite making 39 unforced errors against the former junior World No. 1.

However, there is a distinction between taking one set against Nadal at a major and winning the match. In his opening service game of the fourth set, Berankis briefly lost concentration and sent a forehand approach shot long, giving the Spaniard a service break.

The 32-year-old, who is currently ranked No. 106 in the ATP rankings by Pepperstone, was unable to rally from that point on.

The players were compelled to leave while the Centre Court roof was closed after an hour-long delay caused by rain when the fourth set was 3-0.

However, that simply delayed the inevitable; when play resumed, Nadal was already cruising toward the finish line.

In the decisive game, he made three of his 12 aces to secure victory.