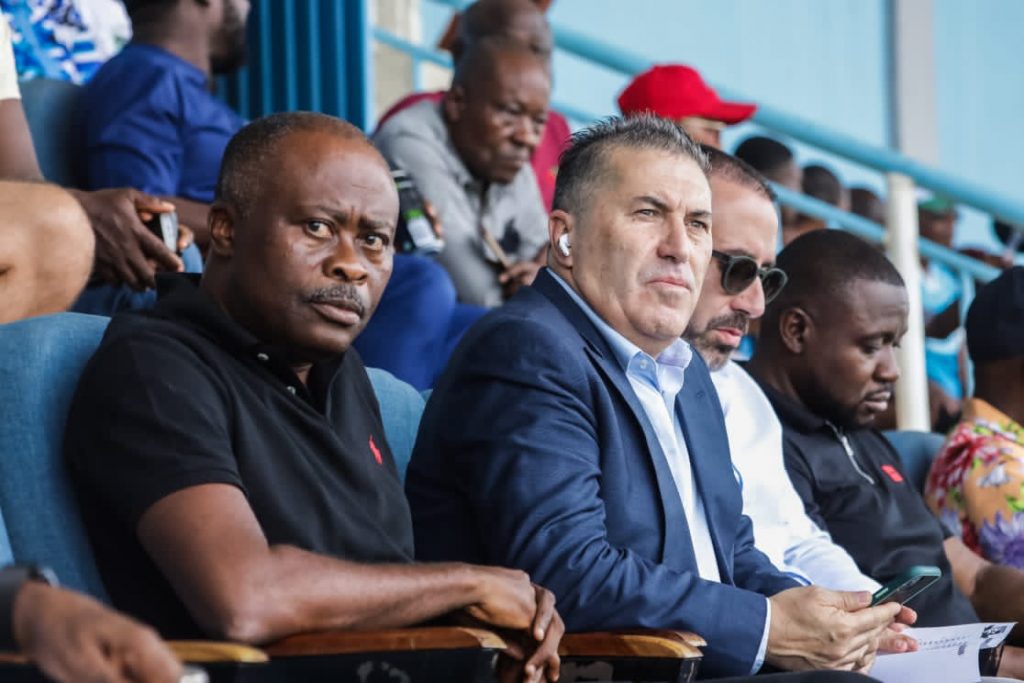 When Remo Stars and Enyimba played in the NPFL on Sunday in Ikenne, Ogun State, Super Eagles head coach Jose Peseiro was there to see the home-based players.

Since taking over as the Eagles’ head coach, Peseiro has visited three league locations.

Alongside Peseiro at the stadium was Kunle Soname, owner of Remo Stars.

His first trip was to Ilorin, Kwara State, for a match between Sunshine Stars and Kwara United.
The previous weekend, he was in Uyo, Akwa Ibom State to see Akwa United play Plateau United in a league match.

Sikiru Alimi’s goal in the 46th minute gave Remo Stars the victory in the match on Sunday.

His first match was a friendly against Mexico that ended in a 2-1 loss before he lost again against Ecuador, this time by a score of 1-0.

Following a 2-1 comeback victory over Sierra Leone in the 2023 AFCON qualifiers in Abuja, he got his first victory as Eagles coach.

When Sao Tomé and Principe was humiliated 10-0, he guided the Eagles to their largest victory ever.