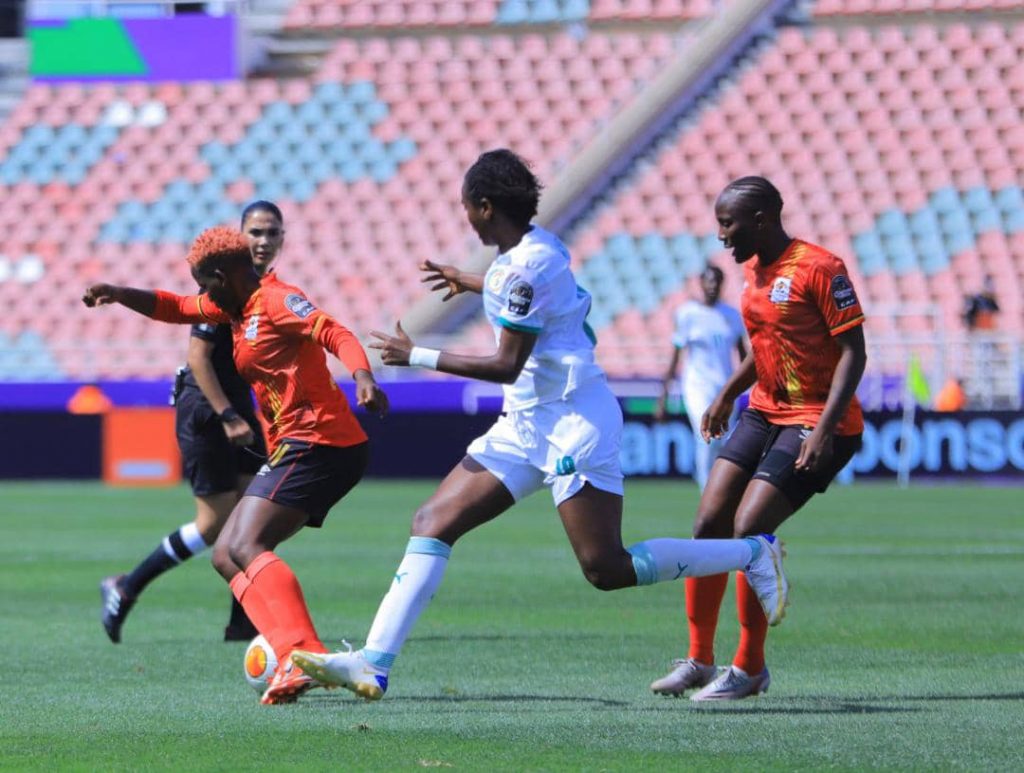 The Lionesses of Teranga roared to an incredible start on their return to the Women Africa Cup of Nations WAFCON with a 2-0 win over Uganda.

Senegal having failed to qualify in the previous tournaments, it was their second time since the inception of the WAFCON as they marked with a win against CECAFA Champions in the second Group A opener.

The Crested Cranes of Uganda showed they were out for the spoilers from the blast of the whistle as they threatened to go front.

However, their inexperience was their bane and it showed several time with Fauziah missing a sitter that could have broke the deadlock.

Ndeye Awa Diakhaté scored from the spot after Asia Nakibuuka brought down Senegalese player inside the box.

Besides that rushed tackle by Asia Nakibuuka leading to the penalty, Uganda played impressively but could not score as the first half ended 1-0.

The Senegalese side came out from the dressing room looking more determined and looking to double their lead.

Nguenar Ndiaye doubled the lead in the 53rd minute as Senegalese player Malado Diallo intercepted a back pass from Komuntale to Nakayenze.

Diablo slipped the ball to Ndiaye who was on the brink of offside but rounded up the goalkeeper to make it 2-0.

However, the referee had to check the Video Assistant Referee VAR before the goal was awarded.

With the victory, Senegal now top Group A on goal difference having leapfrogged hosts, Morocco who defeated Burkina Faso 1-0.