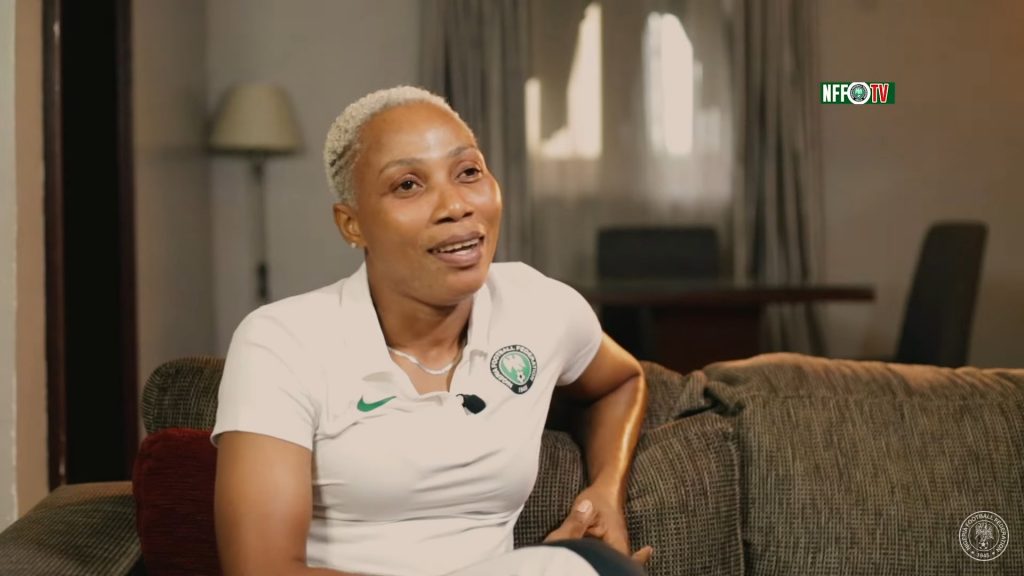 Nigeria Super Falcons take on South Africa in a Group C matchup that is sure to be an exciting game in the Africa Women’s Cup of Nations (AWCON), a rematch of the 2018 Women’s Africa Cup of Nations final.

This serves as the preliminary final for many people. It truly is a battle of the titans. In September of last year, in Lagos, the Aisha Buhari Invitational final featured the two most competitive teams. Banyana Banyana defeated the Super Falcons 4-2 to win the first trophy.

The outcome left the continental giants with a bad taste in their mouths, and now they are out for vengeance.

They want to make amends for their errors and remind everyone of the reasons they are the top team on the continent according to the FIFA rankings.

Speaking at the pre-match press conference, Super Falcons captain Onome Ebi said the team knew what to expect after the draw was made.

“When we saw the draw, we told ourselves that this is exactly like 2018.

“We are here in the first game. It is not going to be easy. It is just like playing a final in the beginning.

“I like the fact that we are playing them in the first game. I think playing against them will motivate us.”

The Super Falcons are a well-oiled squad with expertise, youthful excitement, and most importantly, a never-give-up attitude that has demonstrated why they are the best for decades.