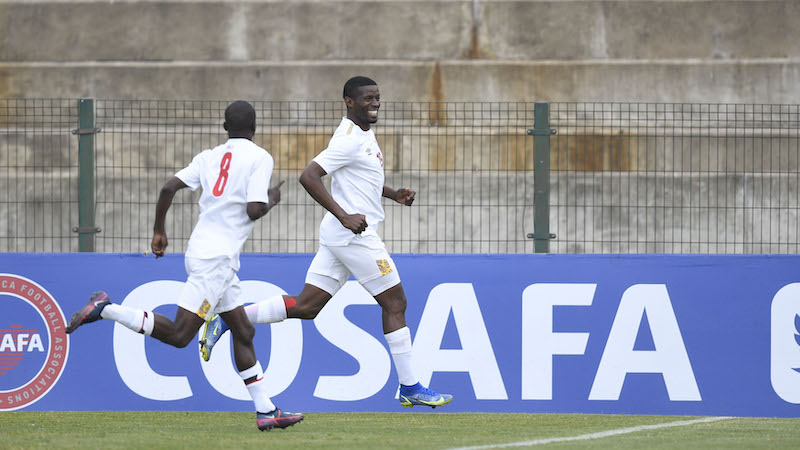 Sabelo Ndzinisa’s injury-time penalty goal earned Eswatini a crucial one-all draw against wasteful Malawi in a Group B match of the Hollywoodbets Cosafa Cup on Friday afternoon in South Africa.

The Flames had snatched the lead a minute into second half when a defensive mix up left striker Khuda Myaba with an opportunity to finish a loose ball into the net after Eswatini keeper had clashed with his defender at King Zwelithini Stadium.

The Flames should have buried the game but Myaba and Peter Banda missed clear cut chances which came back to haunt them as Ndzinisa levelled matters in added time.

A first half of end-to-end action without clear-cut chances has ended goalless between Malawi and Eswatini.

Eswatini too had their moments with Kwakhe Thwala forcing the Flames goalkeeper Clever Mkungula into a diving fingertip save of a long-range effort before Ndzinisa wasted a glorious opportunity from a free header.

Eswatini had four points ahead of the crucial meeting against Lesotho on July 10. Lesotho will first take on Mauritius later on Friday.

Malawi, with one point from two games, wind up the group matches by playing Mauritius on July 10 and the Flames chances are very slim.

Ahead of the match, Malawi coach Mario Marinica made wholesale changes to the squad.

The three players earned their debuts in the colours of the Flames who are smarting from a 2-1 loss to Lesotho on Wednesday.

Marinica also made many changes in the second half withdrawing Gabadinho Mhango who was on a yellow card for Stain Davie whereas Mhone went out for Yamikani Chester who too was substituted for Chikoti Chirwa in the last few minutes of the game.

Eswatini started the competition with a 3-0 win over Mauritius who are taking on Lesotho later today at the same venue.

Only the overall best team based on most number of points collected in the group will qualify for the quarterfinals.