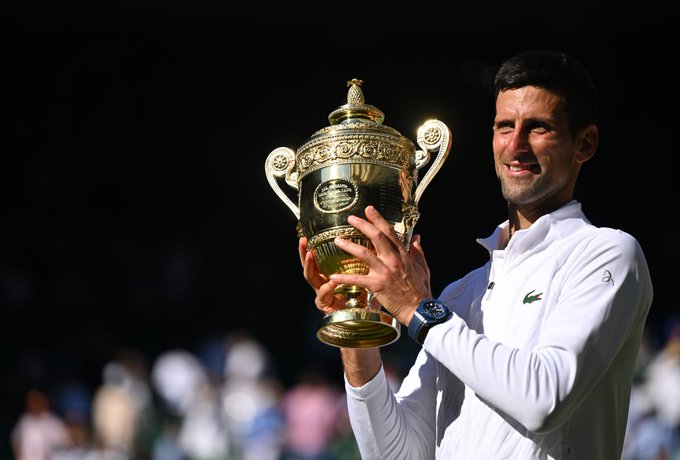 Rafael Nadal’s victory at Roland Garros cut the gap in the race for the “Big Titles,” but Novak Djokovic increased it on Sunday by defeating Nick Kyrgios to win Wimbledon.

The Serbian now has 64 “Big Titles,” which puts him 10 in front of Roger Federer and five ahead of Rafael Nadal.

Any trophy won at a Grand Slam competition, the Nitto ATP Finals, an ATP Masters 1000 competition, or an Olympic singles gold medal is referred to as a “Big Title.”

In the competition for the most Grand Slam championships in men’s singles, the 35-year-old also inched closer to Nadal. With 21, Djokovic is now one behind Nadal. Federer has won 20 major championships.

With seven titles, the Serbian also has the second-most men’s singles titles in Wimbledon history, behind only his idol Pete Sampras and William Renshaw.

The only player with more victories at the competition is Federer, an eight-time winner at the grass-court major.