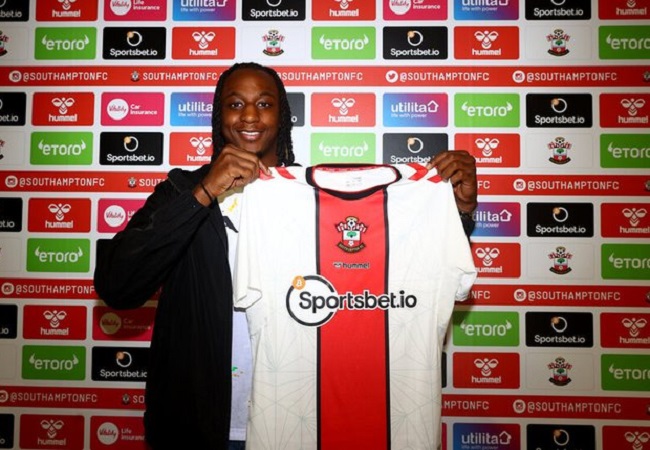 The Super Eagles midfielder Joe Aribo completed move to Premier League side Southampton from Rangers last week on a deal worth €7.1 million. The Nigerian international is set to play a significant role at the St. Mary’s next season, as he has been handed an iconic jersey number.

The Saints attribute the iconic jersey number 7 to the Super Eagles midfielder ahead of the new Premier League season.

He take over the jersey from Shane Long who just left the club for Reading after making 243 appearances for Southampton for 37 goals with 27 assists.

Southampton boss Ralph Hasenhüttl has made glowing remarks about the 25-year-old. And it seems he would make Aribo a key fixture in his lineup next season.

“Joe is a player with many qualities to his game.” Hasenhüttl said as per the Southampton website.

“We are very excited to welcome him to the squad in time for the pre-season trip to Austria.

“We believe Joe can bring energy and creativity to our side. Feeling comfortable in so many different positions is very helpful for a manager and shows he has a high level of football intelligence, with the ability to take on new information quickly.

“He has played a lot of games already in his career, at a very high level. And his performances in the Europa League prove he has the quality to play in the Premier League.

“This is a big ambition for him. And he is hungry to show everybody he can do it.” Hasenhüttl concluded

The number 7 jersey was also previously handed to the deadliest strikers that have graced the Premier League as Matthew Le Tissier, Kevin Phillips, Rickie Lambert.

Aribo has a big job on his hands, but he would draw inspiration from his last two seasons at Rangers.