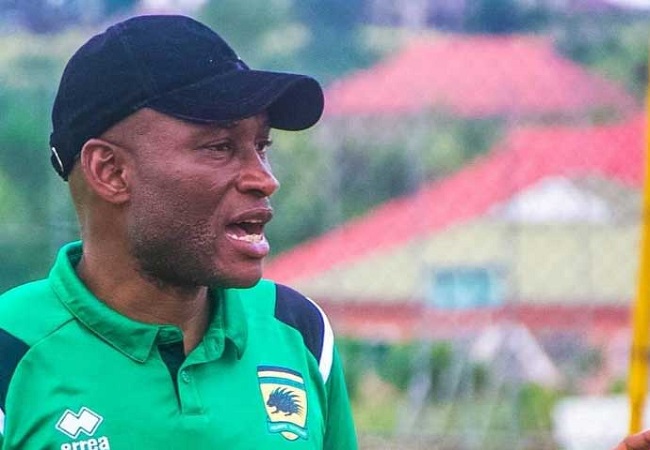 The head coach of Asante Kotoko, Prosper Narteh Ogum, has reportedly resigned from his role at the club.

According to Eugene Adu Poku of Kumasi-based Oyerepa FM, the former WAFA gaffer has parted ways with the after a meeting with the board and the technical committee of the side on Wednesday.

Narteh Ogum joined the Porcupine Warriors prior to the start of the 2021/22 Ghana football season from West African Football Academy [WAFA] on a two year deal.

The Black Galaxies head coach led the Reds to win the Ghana Premier League in his first season at the club.

Narteh Ogum will unfortunately not lead the Kumasi-based club to their CAF Champions League campaign next season.