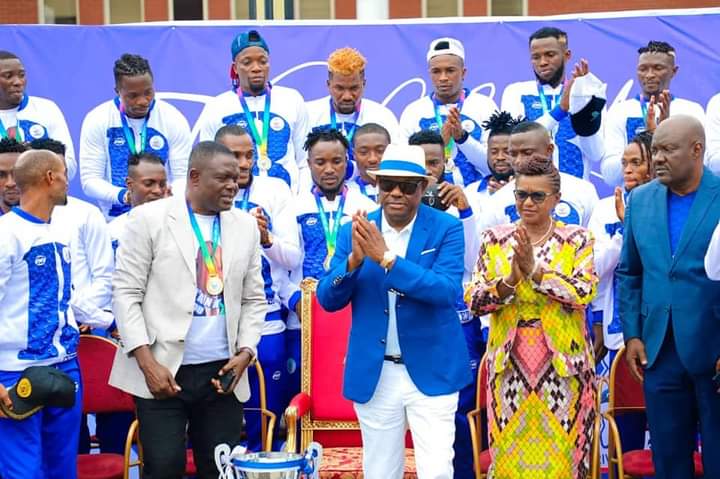 Nyesom Wike, the governor of Rivers State, has given each Rivers United player a $20,000 bonus for their team’s victory in the Nigeria Professional Football League (NPFL) in 2021–2022.

The state government welcomed the players and their representatives on Thursday in Port Harcourt.

Chijoke Akuneto, a forward for the team, finished as the top scorer with 19 goals.

Along with receiving monetary compensation, the players and their representatives will train for two weeks in Madrid, Spain, prior to the start of the 2022–23 season.

In addition, Wike offered the players $40,000 if they advance to the CAF Champions League group stage the following year.

Since Enyimba won the CAF Champions League back-to-back in 2002 and 2003, no Nigerian club has taken home the trophy.