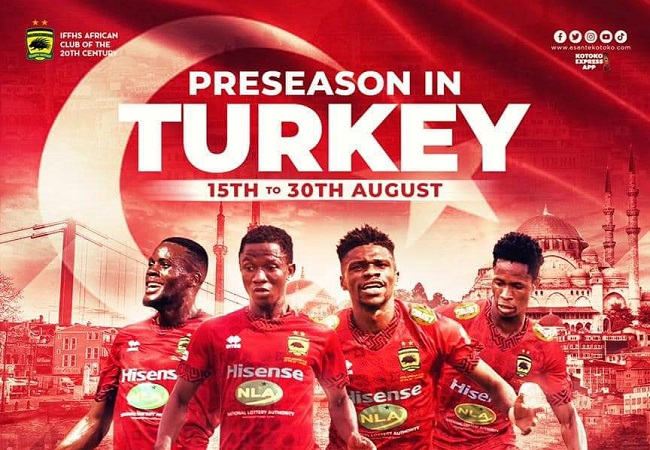 The meeting between the two national champions will take place next month in Turkey for the pre-season preparation.

In the country, the Porcupine Warriors are also expected to play a number of friendly games as part of preparations for the upcoming 2022/23 football season.

Asante Kotoko will hope to have a good pre-season to help the team to start the new season on a good note.

Next season, the club will not only fight for local trophies but will also represent Ghana in the CAF Champions League.