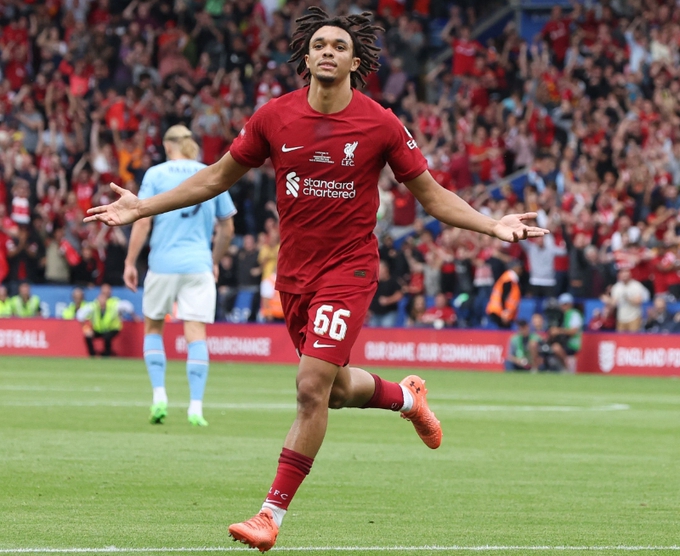 Liverpool headed to the first half of the 2022 Community Shield with a 1-0 lead against Manchester City at the King Power Stadium.

A goal from Trent Alexander-Arnold handed the Reds a breather heading to the break after they dominated possessions.

Manchester City new forward, Erling Halaand struggled to stamp his feet on the game as he got few touches.

Manchester City have it all to think about at half-time and would be hoping to rally back and make their chances count in the second half.