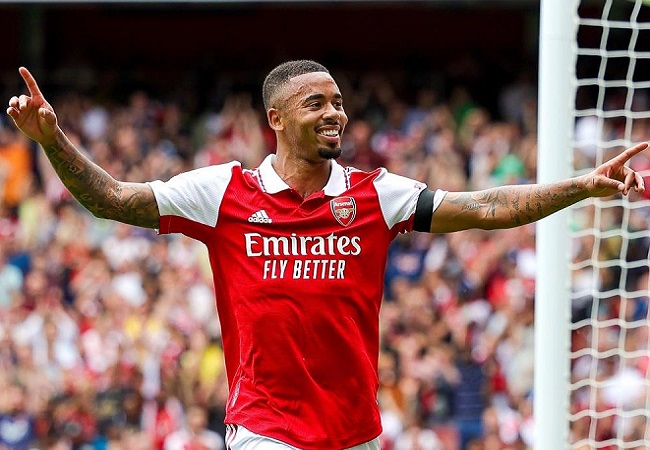 The Gunners made it six wins from six preseason games in front of their home fans, with four goals inside the first 20 minutes.

Bukayo Saka’s early penalty got the ball rolling, before two neat finishes from Gabriel Jesus, and a second for the England star made it 4-0 before the break.

The home side looked to pick up where they left off after the restart, as another poacher’s finish from Jesus secured a hat trick for the Brazilian. And substitute Eddie Nketiah wrapped it up in the dying minutes Mikel Arteta’ side.

Jesus has enjoyed a sensational start to life as an Arsenal player following his decision to swap Manchester for London this summer.

Seven goals in five preseason games demonstrate his readiness ahead of the 2022/23 campaign with a hat trick on his home debut underlining why the Gunners pushed to bring him to the Emirates Stadium.